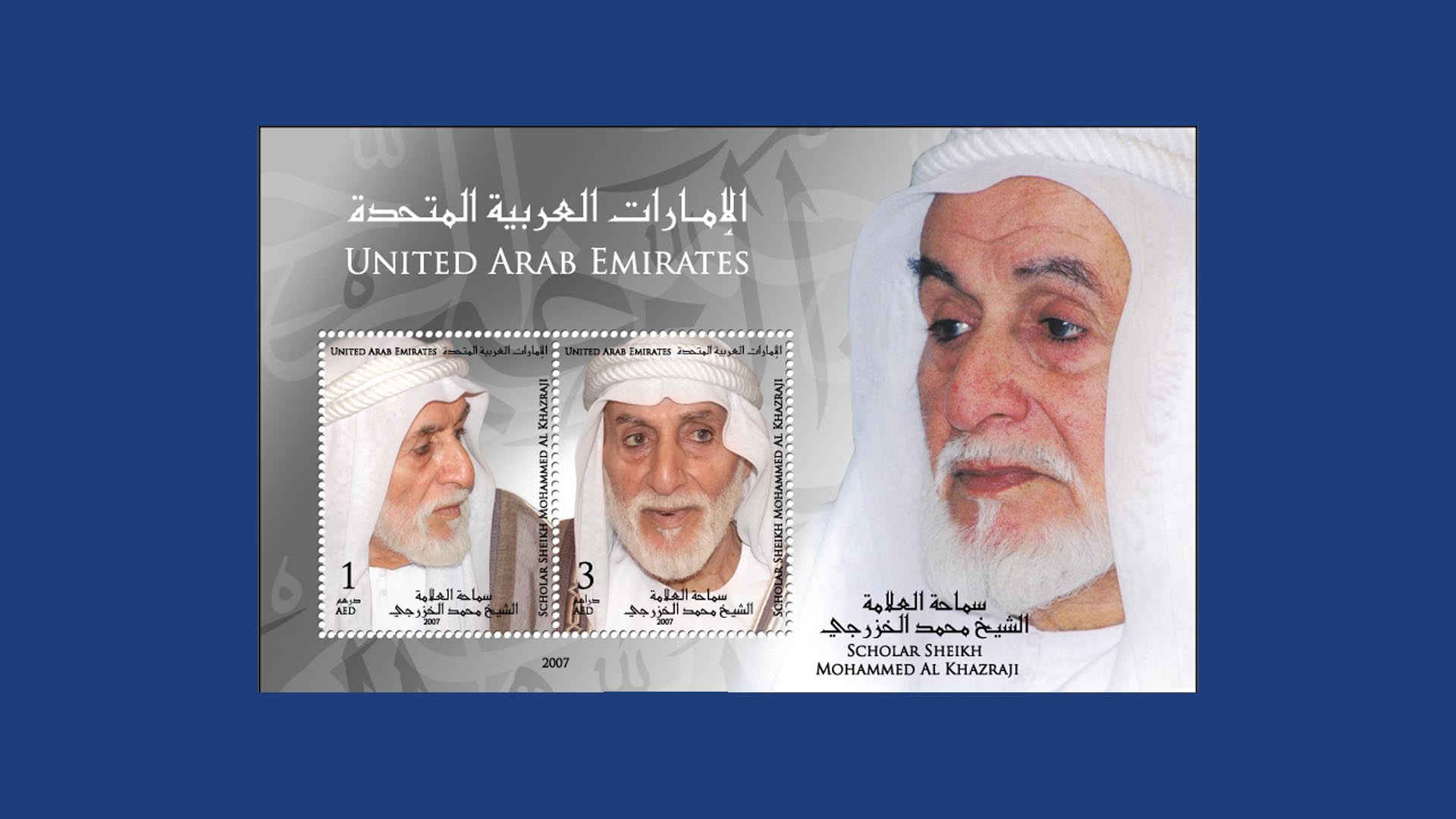 He is Sheikh Mohammed Bin Sheikh Ahmed Bin Sheikh Hassan Al khazraji, was born in Al Jadi village in the Sultanate of Oman in the Holly month of Ramadan 1388H/1919G. Sheikh Mohammed was brought up in a family famous for its distinction in knowledge, judicial accomplishments and righteousness. His grand father, Sheikh Hassan Al Khazraji was a judge in Dubai during the period 1878-1925. Following his death, his son Sheikh Ahmed succeeded him until his demise in 1971.

Sheikh Mohammed was educated in Al Ahmadiya School, then he moved to Al Falah School. Following his graduation, he started enriching his knowledge in Islamic studies. His first journey to add to his fathomless knowledge was to Al Ihssa. While he was endeavouring to widen his studies, Alsheikh Mohammed read a large number of worthy books, in addition to the books he learnt by heart and those he elucidated for his instructors and teachers while he was only in his twentieths and thirtieth of age.

Sheikh Mohammed was totally dedicated to the Arab and Islamic sciences and culture, which rightfully qualified him to be one of the foremost memorizers and conveyers of the heritage of the ancestors. He did this without distortion or interference in the texts, while at the same time absorbing the values of contemporary scientific and social developments.
Sheikh Mohammed is the author of valuable books in different human fields. He wrote in Islamic teachings, poetry, memoir and a number of social issues and Fatwas (legal Islamic opinion)
Sheikh Mohammed had many students and followers who benefited from his unfathomed knowledge. The turning point in his scientific and cultural fame started in Deira, Dubai. He then moved to Al Batenah and Abu Dhabi, where he assumed the post of Chief Justice.

To commemorate Sheikh Mohammed Al Khazraji, and to highlight his unwavering stance and role in spreading Culture in the United Arab Emirates, Emirates Post has issued a set of commemorative stamps in two denominations (1 AED & 3 AED)

Number of stamps per sheet: 2