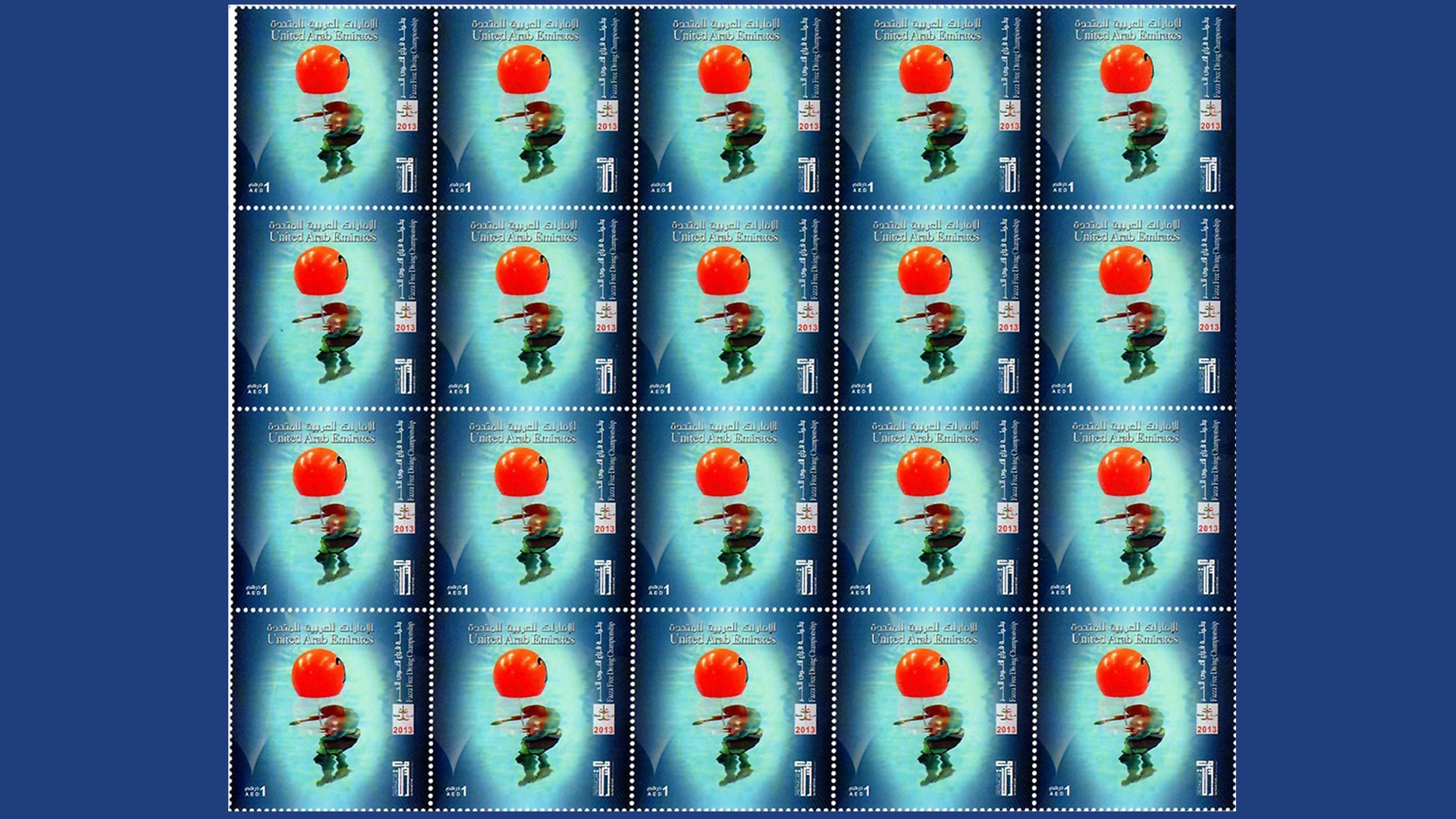 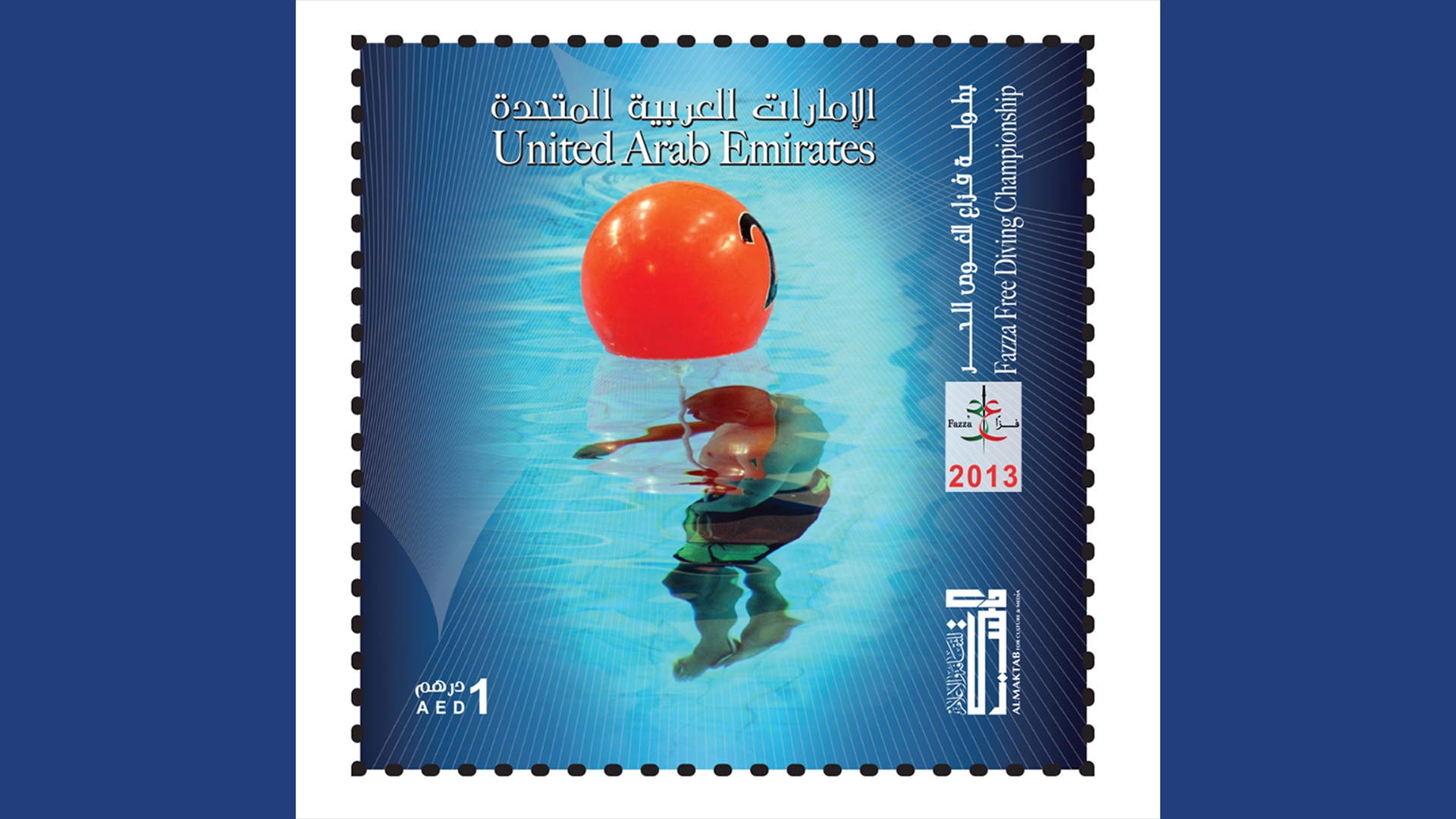 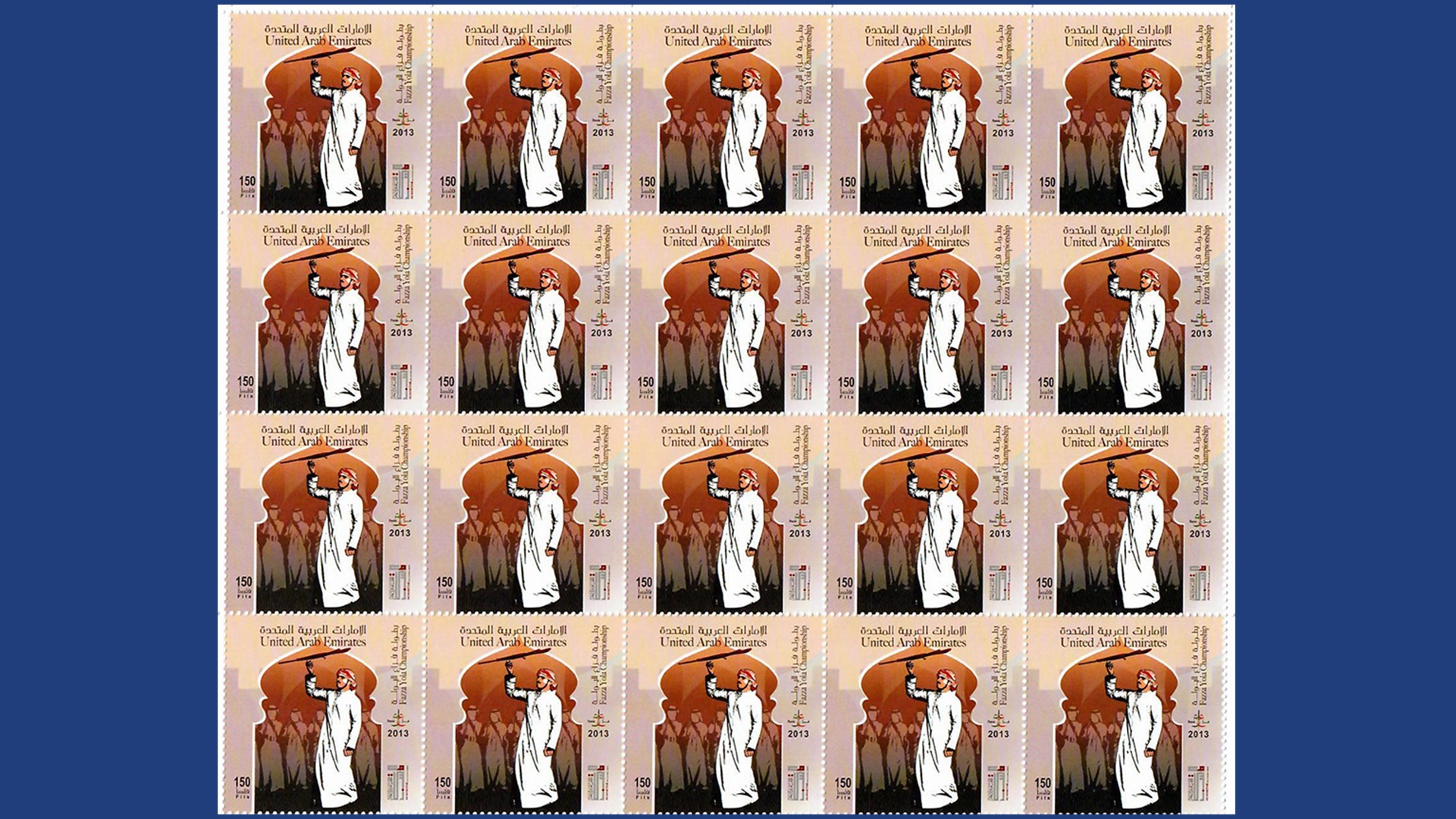 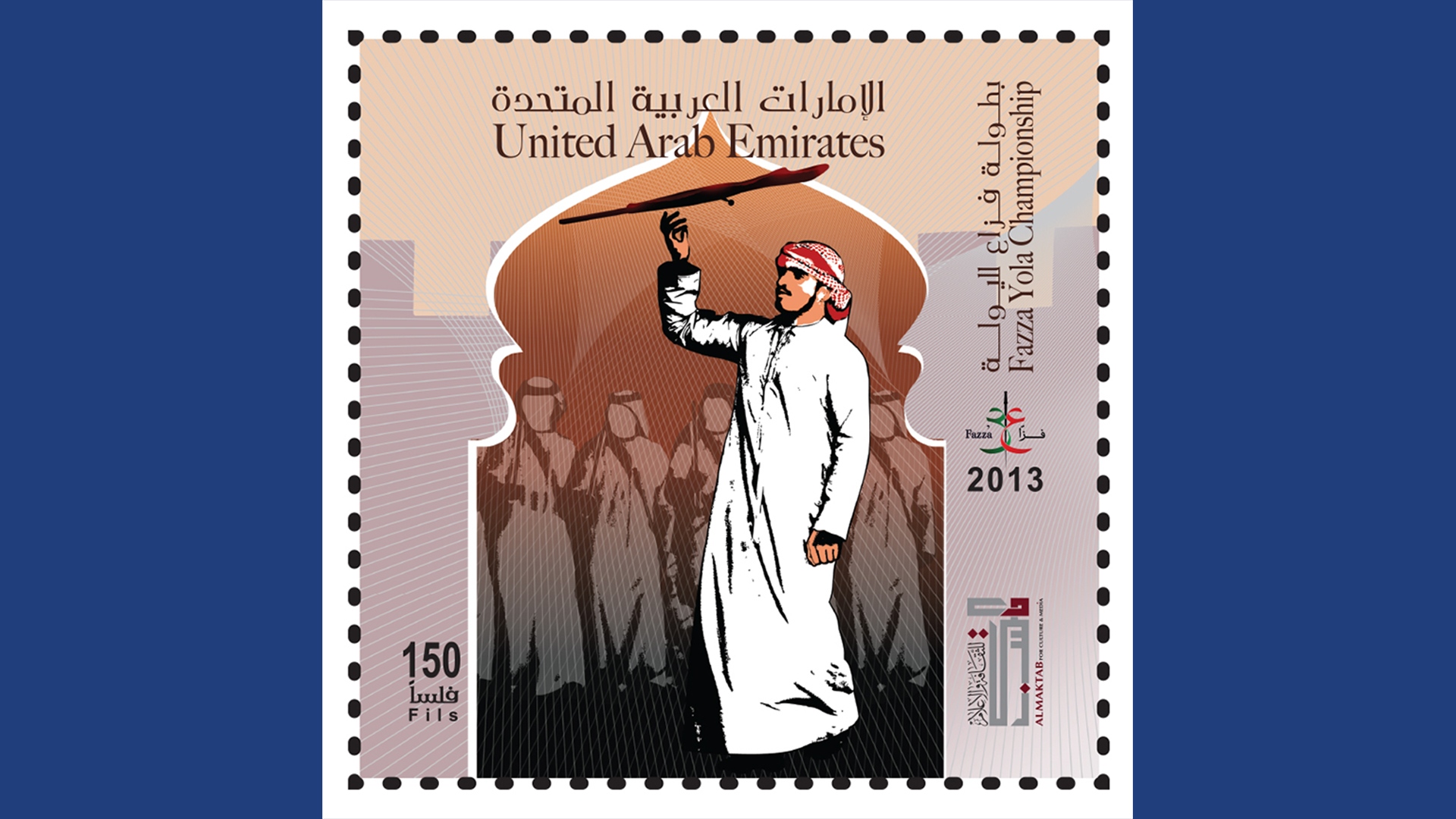 At the initiative of HH Sheikh Hamdan Bin Mohammed Bin Rashid Al Maktoum, Crown Prince of Dubai, Chairman of the Executive Board and President of Dubai Sports Council, the Fazza Heritage Championships are organized every year. Dealing with heritage sports, these championships seek to bridge the generation gap by reviving the heritage of parents and grandparents engaged in competitive activities such as shooting, diving, falconry, Fazza Yola Championship and Fazza Handicapped Championship.
After more than a decade, these championships still generate great interest among all sections of society that remains committed to ancient traditions and customs and save them from extinction.
As part of its support to highlighting these heritage sports, Emirates Post has issued a set of commemorative stamps in two denominations (AED 1 & 150 Fils) in cooperation with Al Maktab Media & Culture and Almedmar magazine for equestrian and heritage.

Sold as: 20 stamps per denomination, a total of 40 stamps in 2 sheets