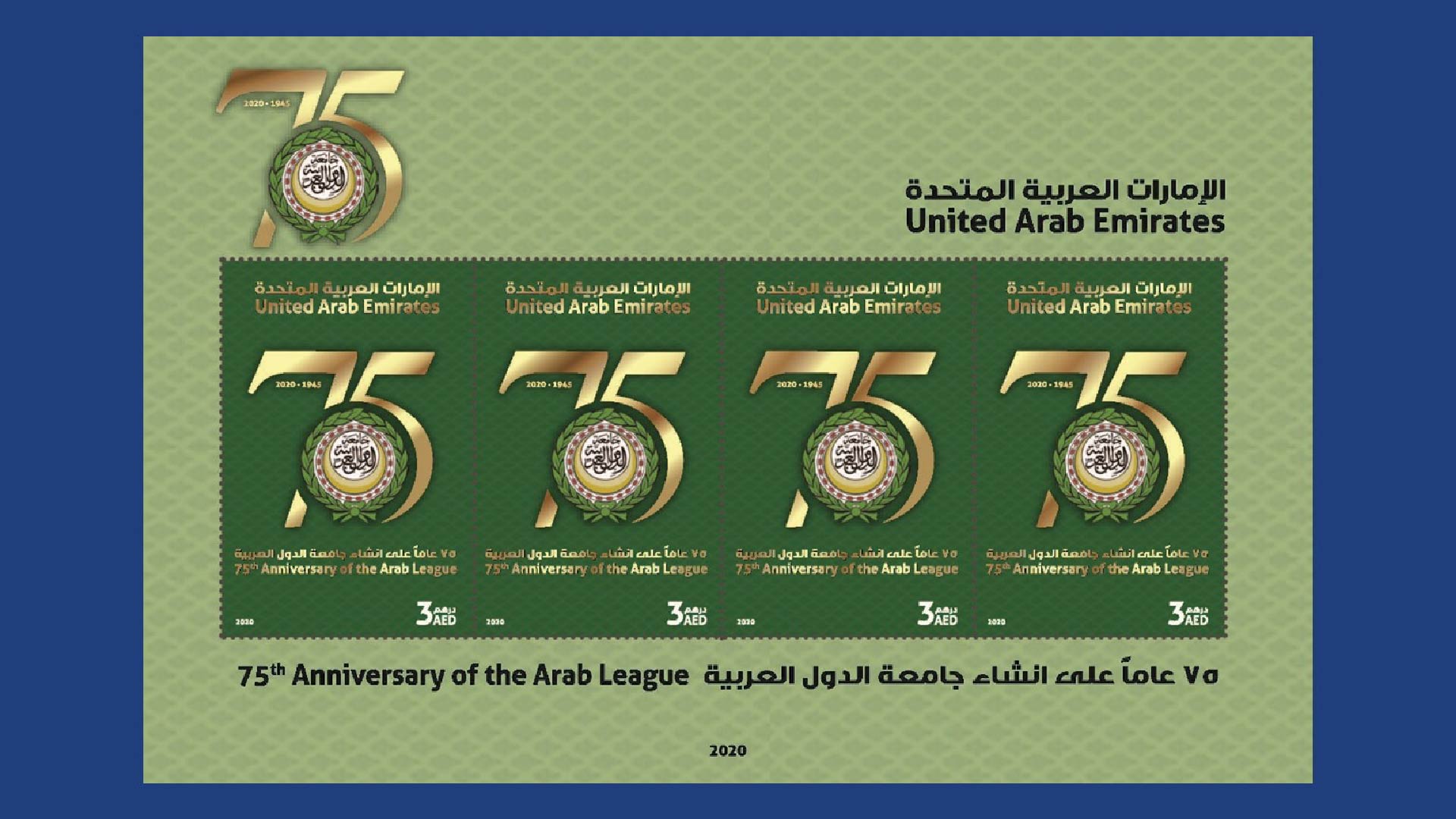 In March 2020, the League of Arab States celebrated its diamond anniversary, in commemoration of the seventy-five years of the joint Arab action; a long journey that witnessed the independence of the Arab States, which were under foreign colonization and their accession to the Arab League’s membership to include 22 Arab Member States.

This date also chronicles the achievements of the League of Arab States in the areas of joint Arab political, economic and social action.
On this occasion, and in light of the project of “LAS Documentation Memory”, which the Arab League Member States have considered as a national Arab project that documents a significant period of time in the joint Arab action with its various institutions; and requires concerted efforts to be accomplished to preserve the historical heritage, consequently, a postage stamp is issued on the occasion of the diamond anniversary of the League of Arab States, reflecting symbols and indications of important historical events.

Stamps per sheet : 4 – Sold as a full sheet of four stamps