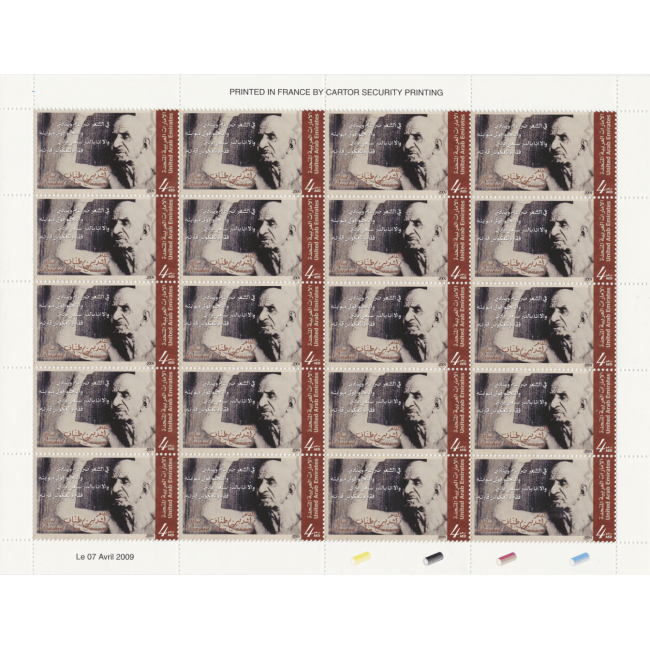 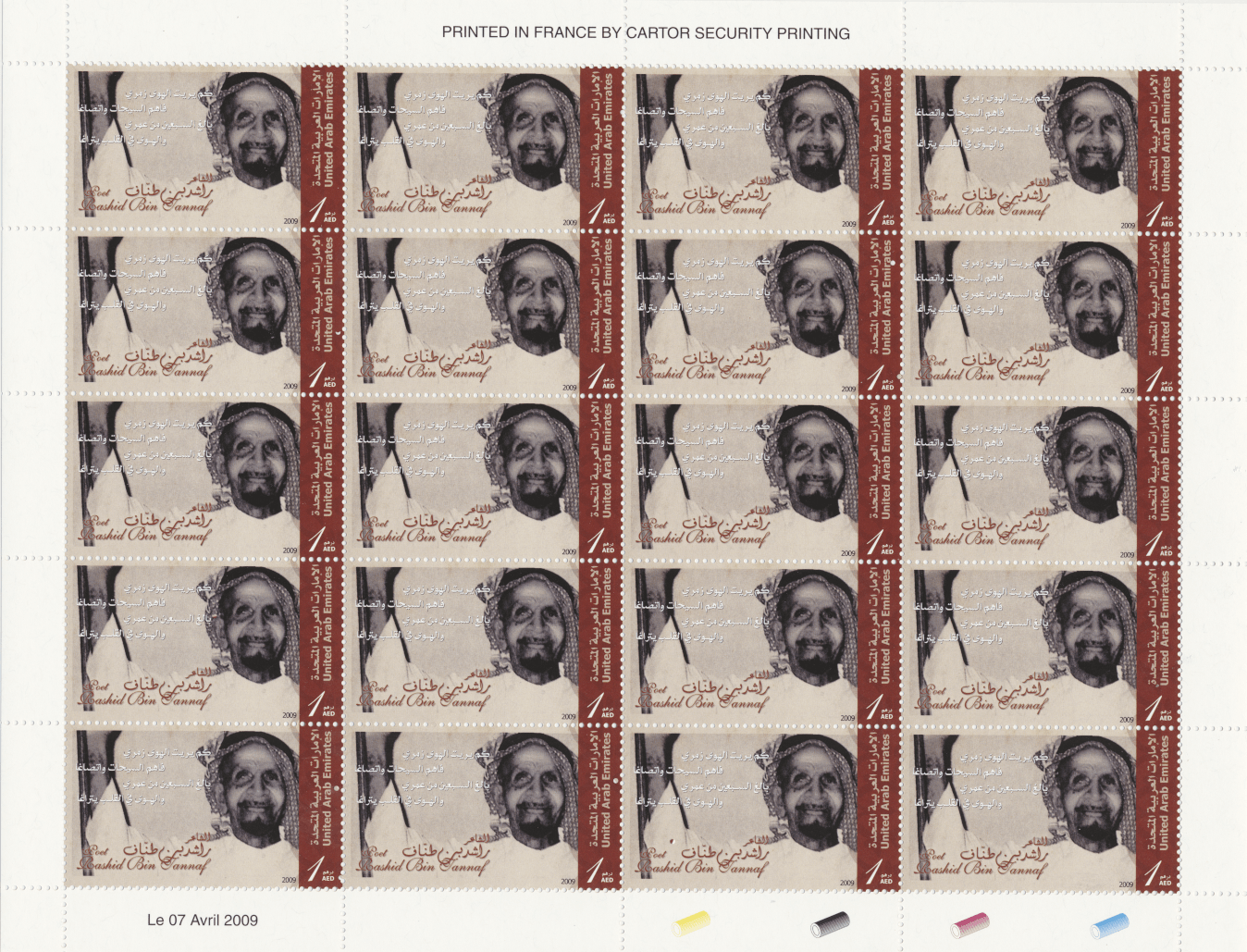 Rashid Bin Tannaf Bin Fayez Bin Saeed was born in 1910 in Dhaid, Sharjah. He lost his father at an early age, and was brought up by his maternal grandfather, Saeed Alsowaya Al Noaimi.

At the age of seven, he moved to the city of Sharjah with his family, memorized the Holy Quran, and then learned how to write under poet Ahmed Bin Abdul Rahman BU Sneadah, and his poetic talent blossomed from the age of 10. From the age of 17, Bin Tannaf worked as a diver for 30 years, and then in quarrying coral reefs for construction purposes for 4 years.

Rashid Bin Tannaf began writing poetry at the age of 25. He is among the poets who have seen the development of the UAE from a remote country to a developed nation. Most of his poetry is full of humor and fun with a distinctive style, and his best poems are those dealing with love and patriotism.

His last address was his home in the Ramla area of Sharjah. This house became a meeting point for people who flocked to listen to his poetry and take down notes. They were enthralled by his unique method of his reciting for which he was famous.

To commemorate the contribution of Rashid Bin Tannaf to Emirati literature, and to highlight his strong role in spreading culture in the United Arab Emirates, Emirates Post has issued a set of commemorative stamps in two denominations (AED 1 &  AED 4), and a distinctive souvenir sheet (AED 15).