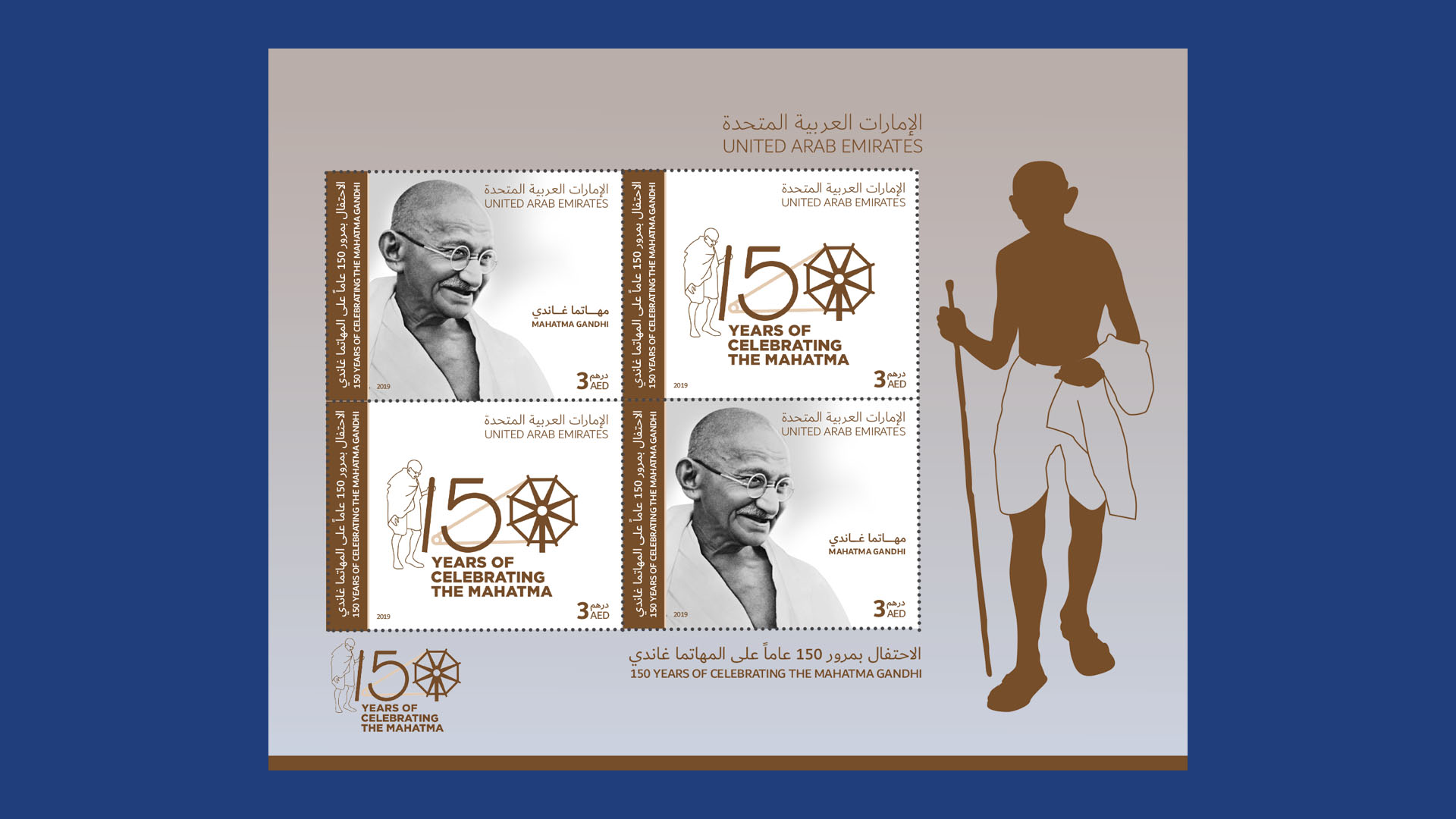 150 Years of Celebrating the Mahatma Gandhi

“Seventy years after his passing, Mahatma Ghandi’s legacy and impact on humanity still live on, transcending geographical borders. His contribution to human development is far too great and varied to have been forgotten or to be overlooked.

Over the course of his life, Ghandi’s brave actions and great achievements have left a lasting impact on the world. Throughout his life, he preached and promoted truth and peace. He made his country an independent country and successfully led a non-violent revolution without using any weapons or an army.

To mark the 150th birth anniversary of Mahatma Gandhi, Emirates Post has issued a commemorative stamp to spread his message of hope – a message as relevant today as it was then. The stamp pays tribute to a man of infinite wisdom and a beacon of hope for all generations.”