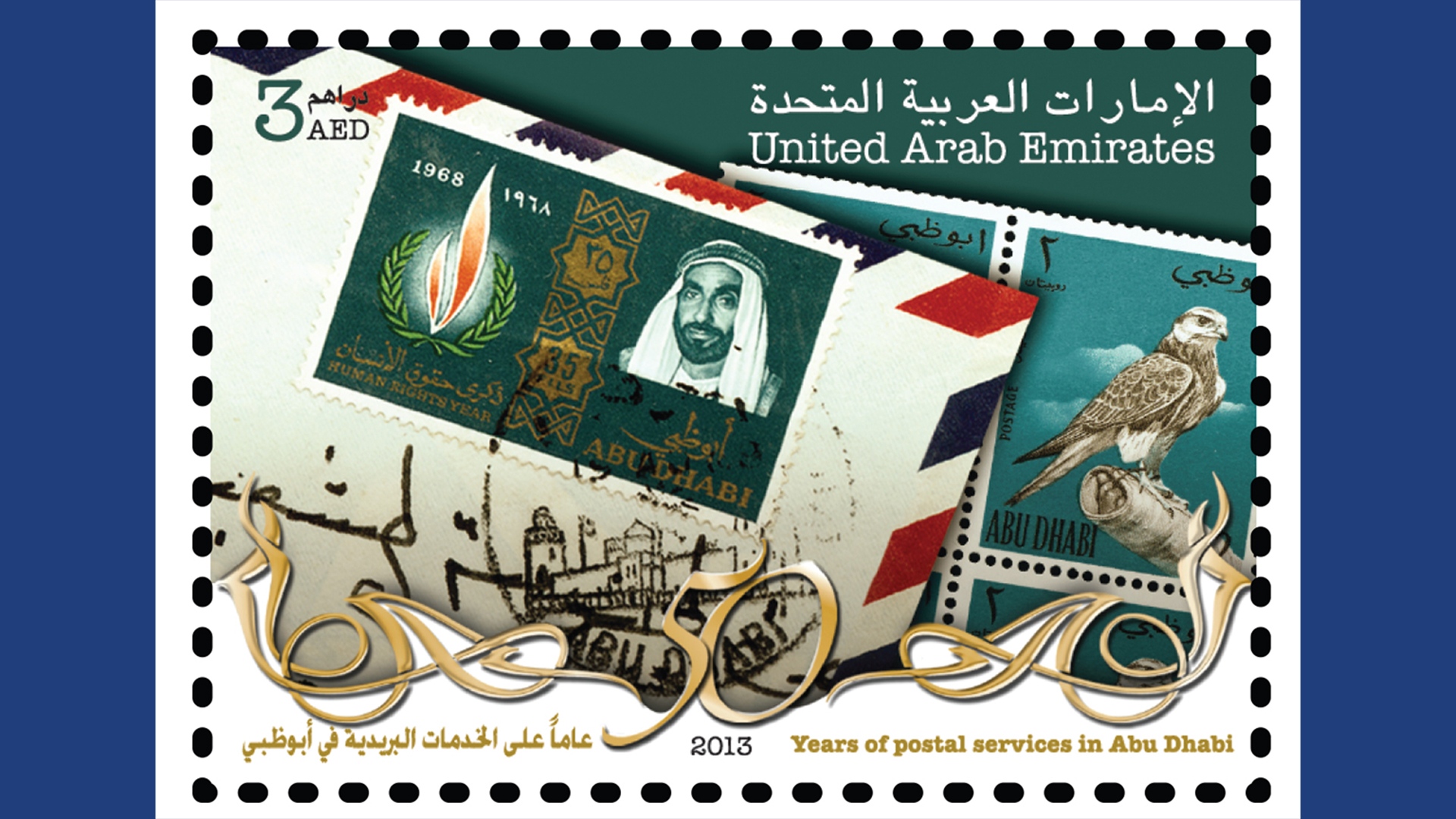 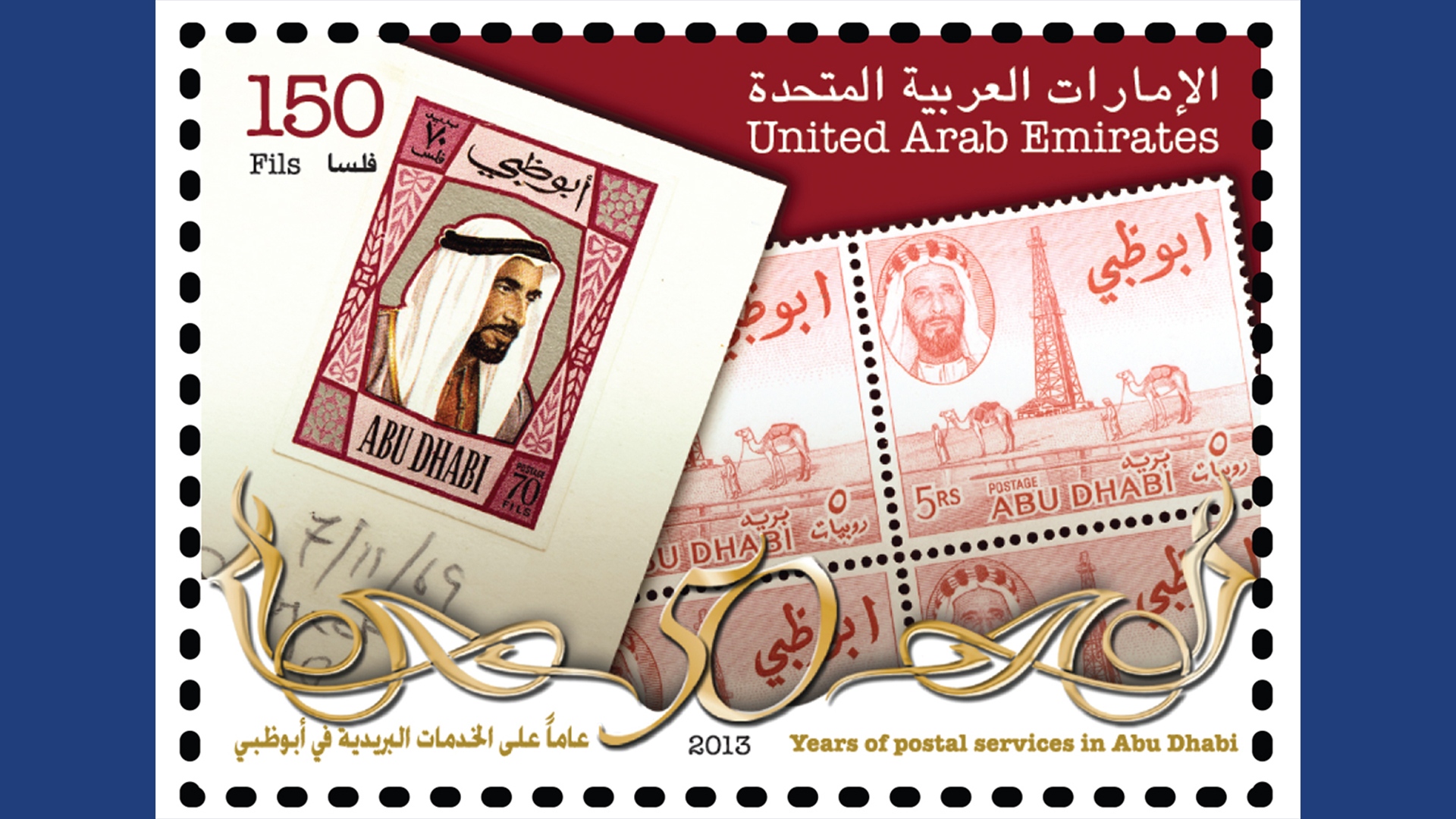 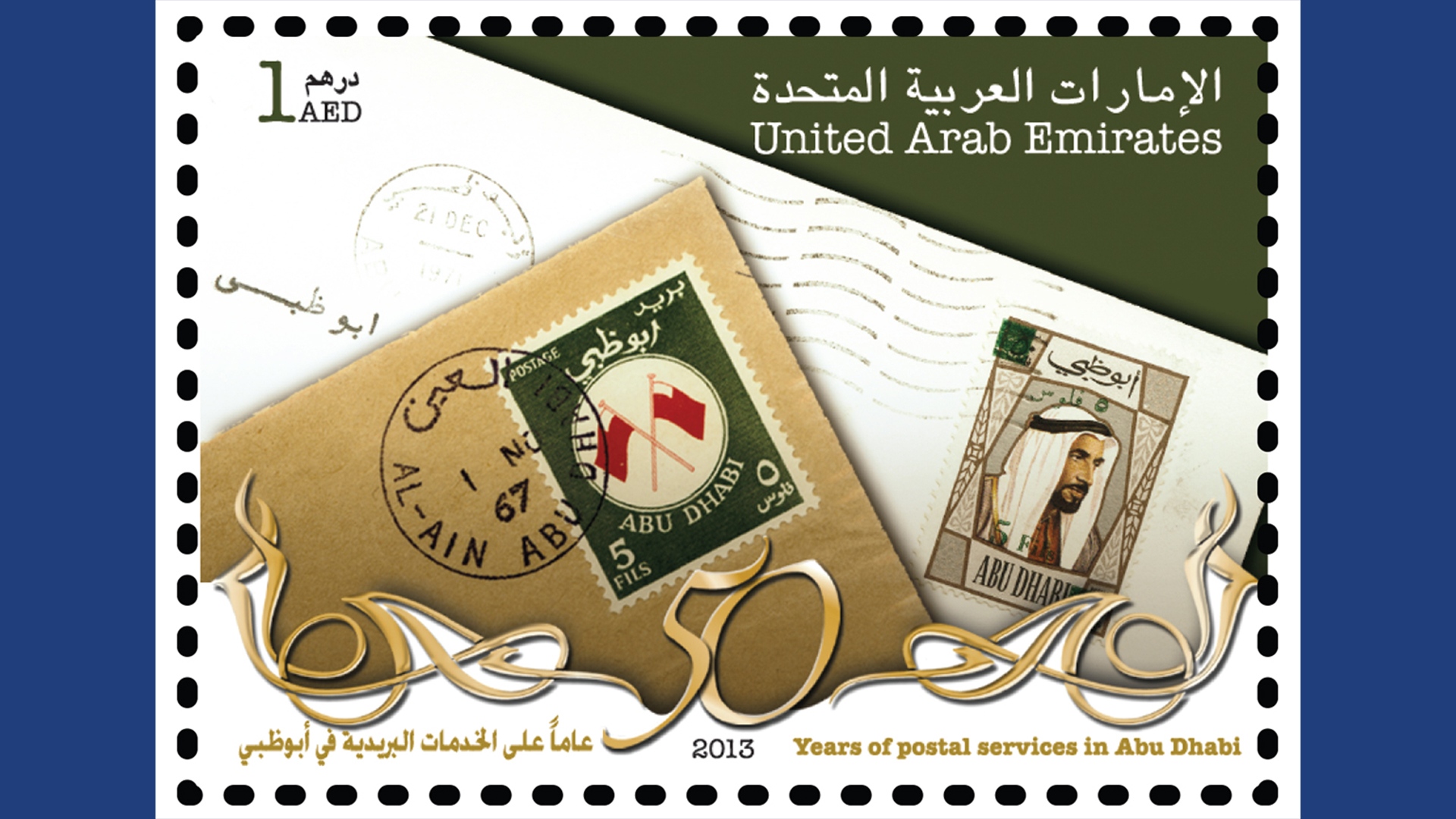 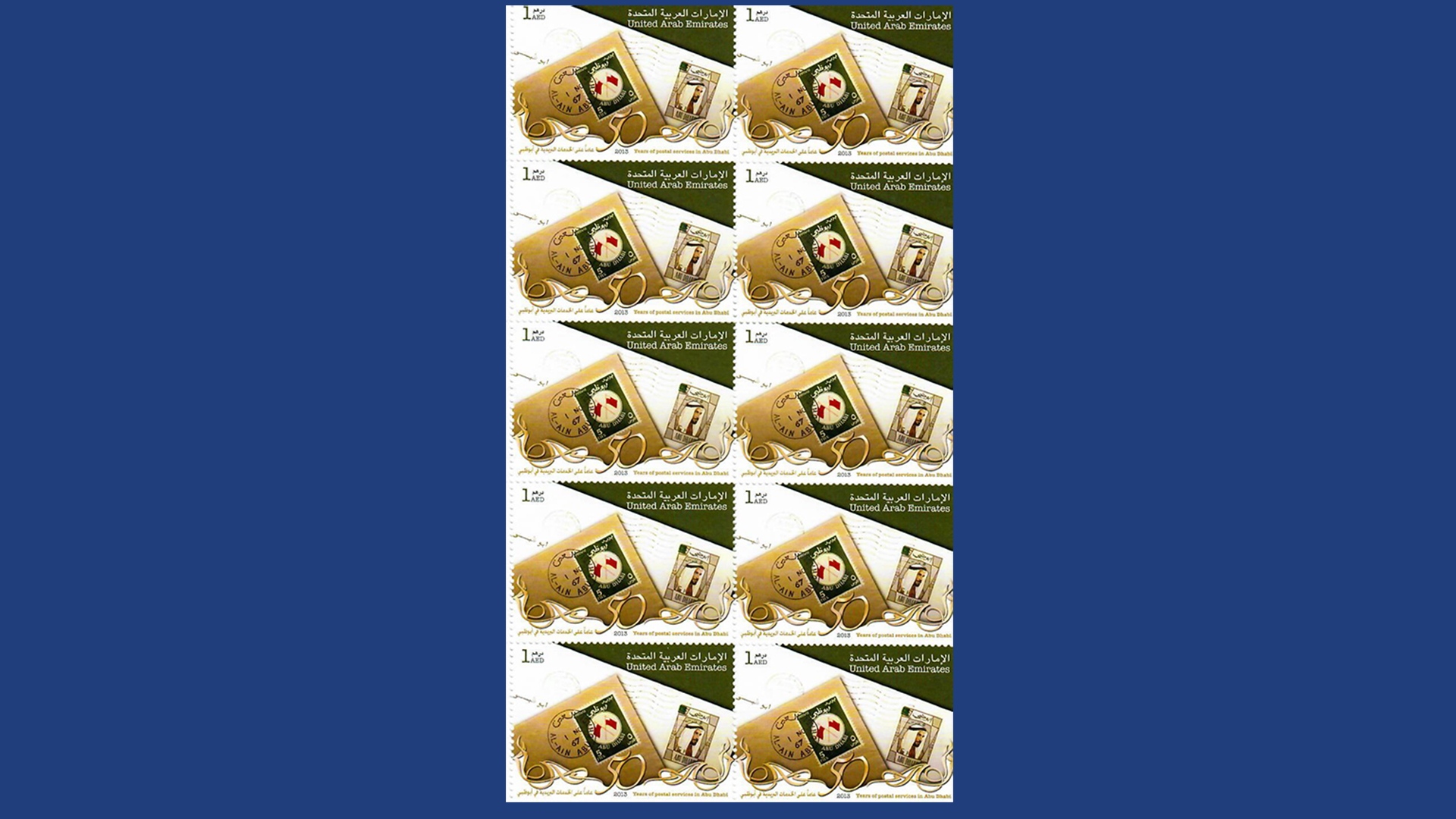 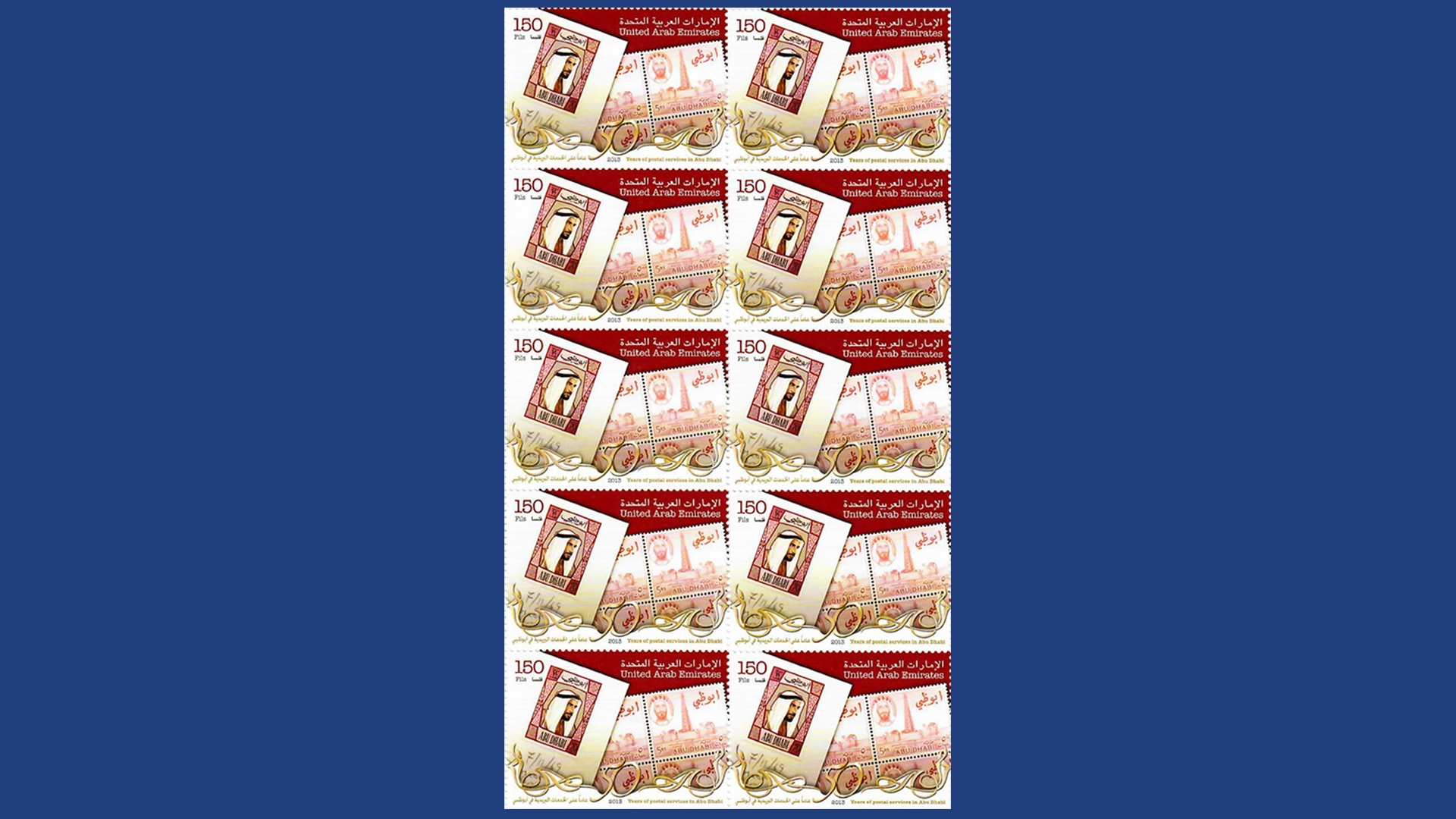 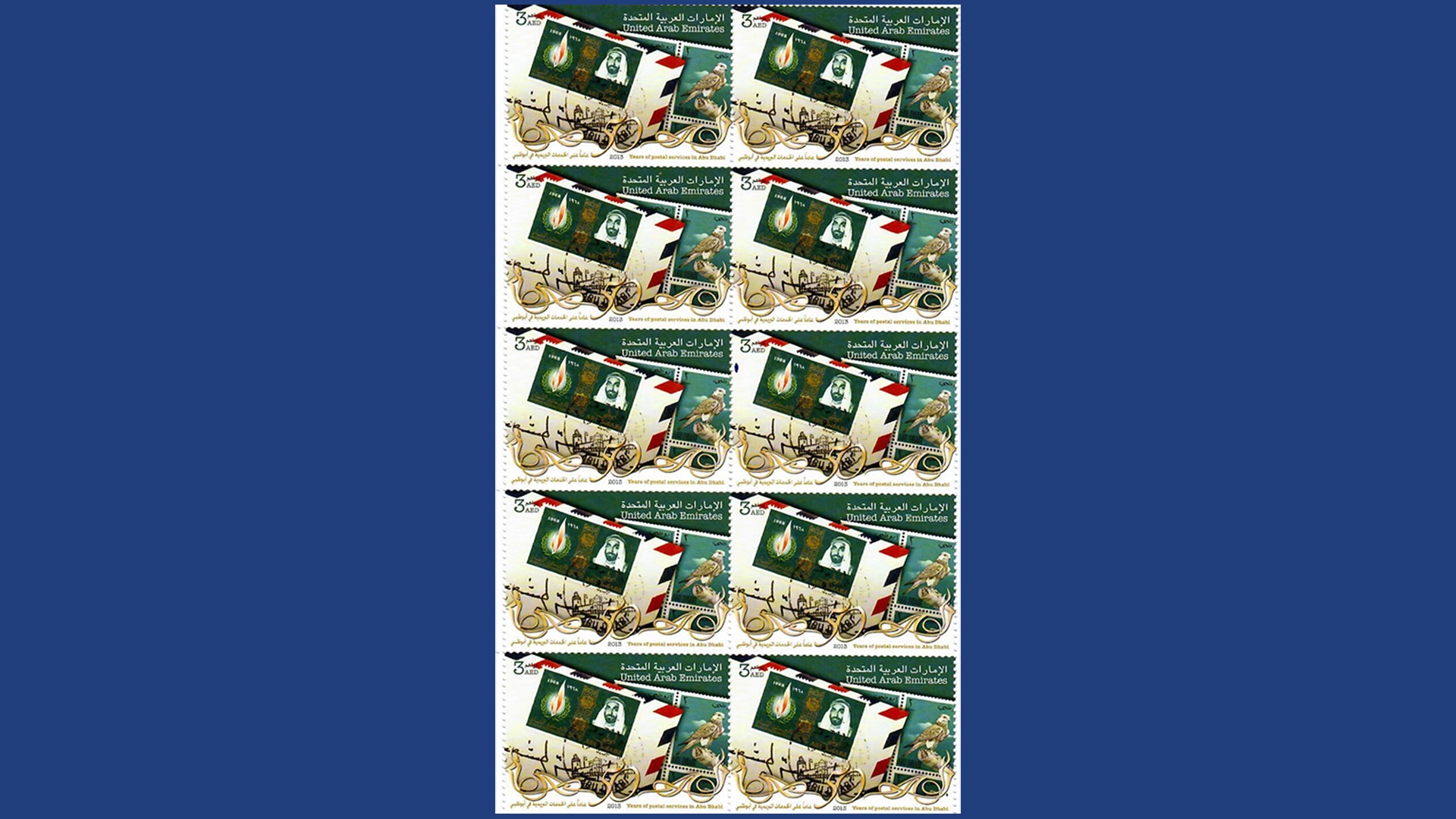 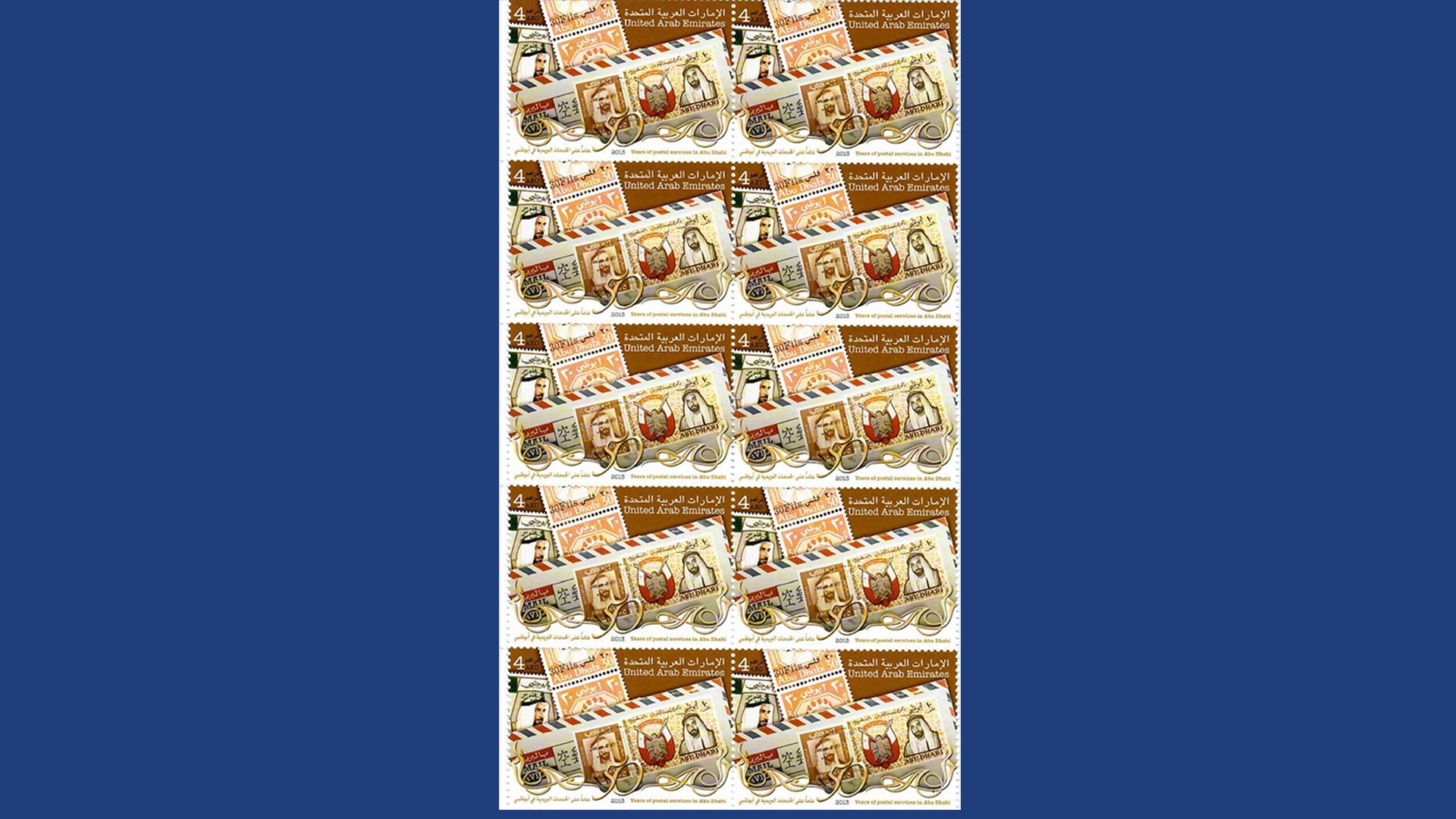 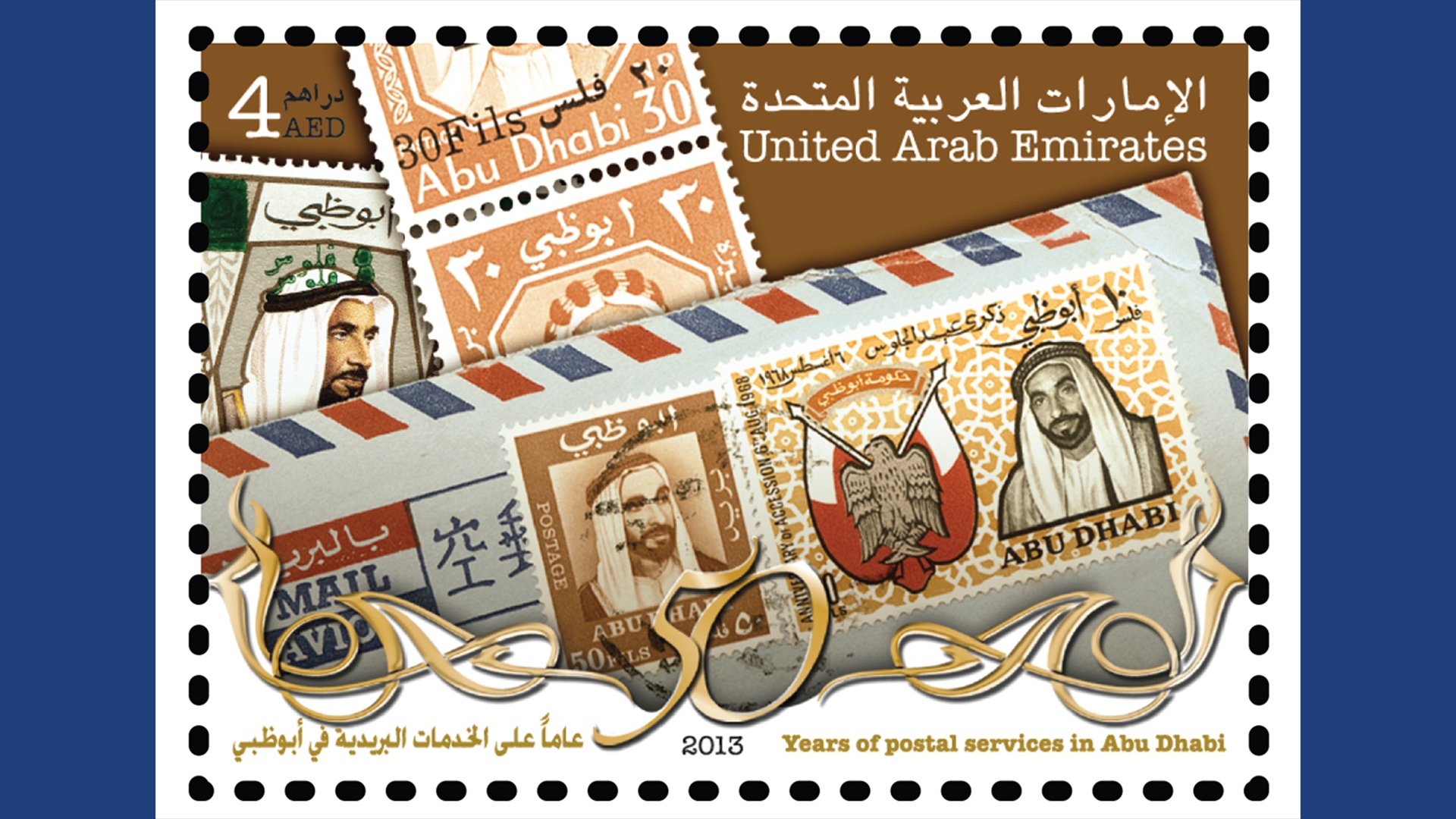 On March 30, 1963, the first post offices were opened in Abu Dhabi and Das Island, operated under the supervision of British Mail from Bahrain. At the opening of Abu Dhabi post office, Queen Elizabeth II stamps were in circulation, thus becoming the first officially used stamps in the new post office. The British stamps were used temporarily until the first special stamps from the Emirate of Abu Dhabi were introduced.
Exactly a year later, the postal administration released the first postage stamps bearing the emirate’s name and carrying local scenes. Then on the second anniversary of the opening of the Abu Dhabi post office on March 30, 1965, the British postal administration issued the first set of commemorative stamps on falconry. After HH Sheikh Zayed Bin Sultan Al Nahyan became the Ruler of Abu Dhabi on 6 August 1966, the first definitive set was reissued after overprinted with the new currency (Fils and Dinar), and adding three or four lines to show the accession of the new Ruler. The Government of Abu Dhabi took control of the postal system on January 1, 1967, from the British postal administration. The earlier stamps remained valid for postal use until the first definitive set was issued in the independence period on April 1, 1967. On November 1, 1967, the first post office was opened in Al Ain city.
After the formation of the UAE on December 2, 1971, a Federal Decree was issued on June 18, 1972, by HH Sheikh Zayed Bin Sultan Al Nahyan, President of UAE, unifying postal services in the UAE. On August 1, 1972, the postal services were unified in the seven emirates, and the General Postal Administration was established under the Ministry of Communications, the sole provider by law of letters and postal parcel services, and postal remittance services in the UAE.
To commemorate the 50th Anniversary of postal services in Abu Dhabi, Emirates Post in coordination with Emirates Philatelic Association has issued a set of commemorative stamps in four denominations and a distinctive souvenir sheet.

Sold as: 10 stamps per denomination, a total of 40 stamps in 4 sheets