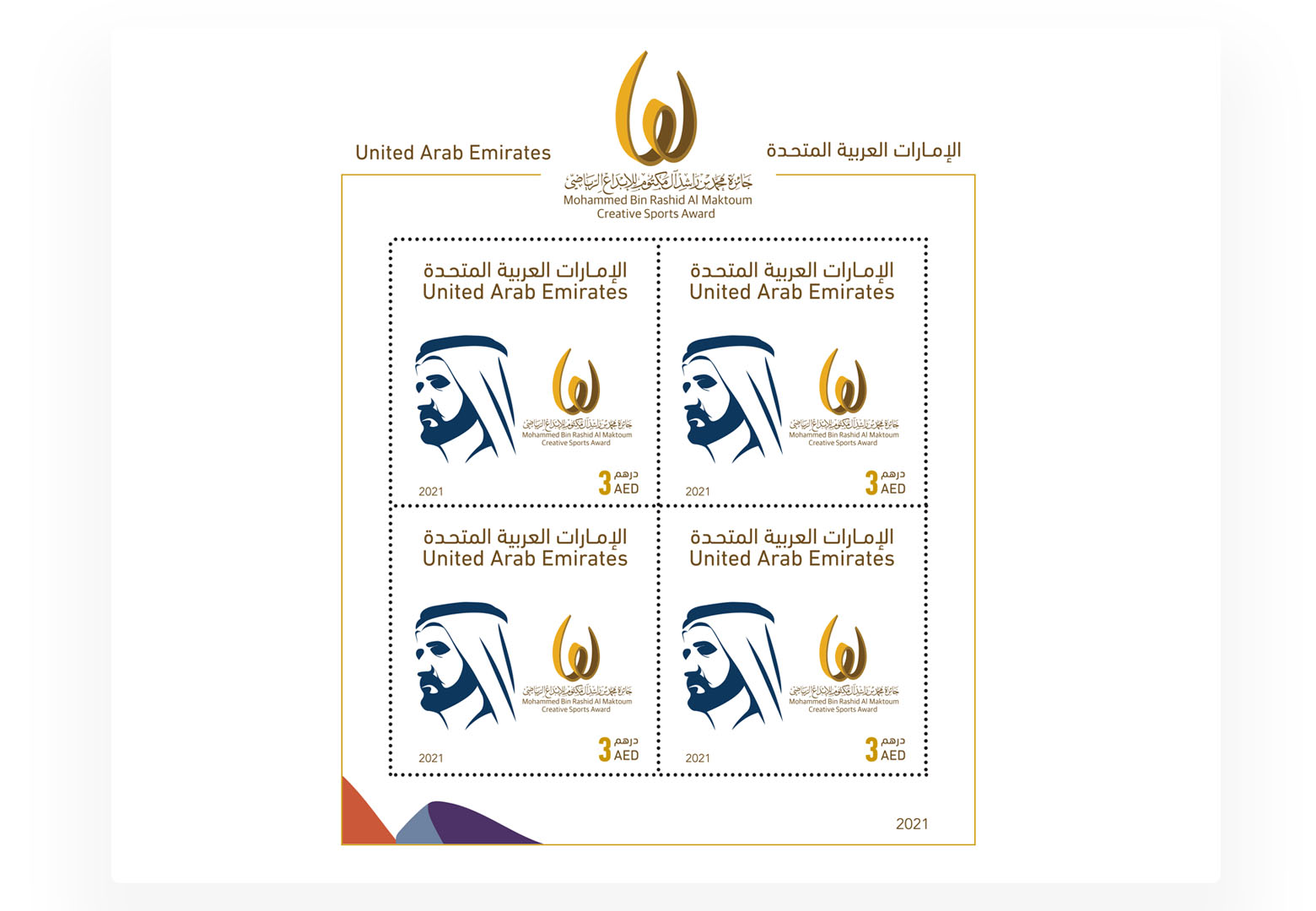 The Creative Sports Award was launched in 2009 as one of Mohammed Bin Rashid Global Initiatives, to honor talents within the UAE and across the globe and support efforts in developing and promoting the various fields within the sports sector.

The commemorative stamp highlights the image of H.H. Sheikh Mohammed Bin Rashid Al Maktoum, UAE Vice President, Prime Minister and Ruler of Dubai, as well as the award logo, in appreciation of it being the biggest Award of its kind in terms of the diversity of its categories and prize value awarded to winners of each edition, which exceeds US$ 2.3 million. The Award plays an important pioneering role in developing the sector and inspiring creativity in sports in the UAE, the Arab world and worldwide.

The previous 10 editions of the award honored 230 winners from the UAE, the Arab Region and the world, in the categories of individual, group, and corporate sport creativity as well as various fields within the sports sector. The winners of the 11th edition of the award will be honored in January 2022.

Among the previous winners were international athletes who attained remarkable achievements, as well as national and international sports federations and Olympic committees that had initiatives and efforts to develop sports and enable communities to practice it. The award also honored talented young athletes, female athletes, as well as heroes from the People of Determination category.
‎
Emirates Post issues a set of distinctive commemorative stamps in celebration of the Mohammed Bin Rashid Al Maktoum Creative Sports Award.