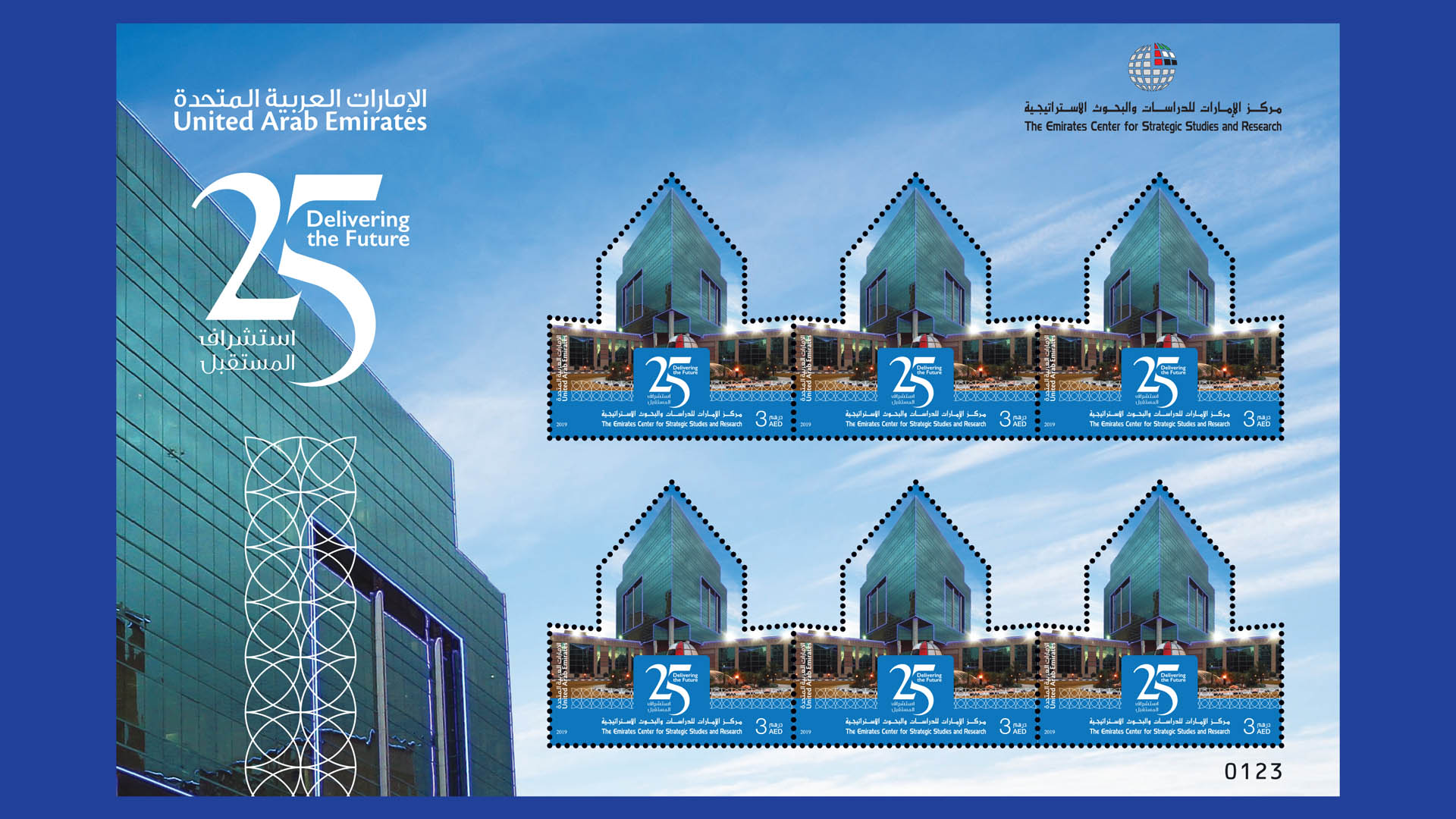 The Emirates Center for Strategic Studies and Research (ECSSR) will celebrate its silver Jubilee in March 2019. Twenty-five years have passed since its inception (March 1994 – March 2019). Therefore, this anniversary comes at a time when the ECSSR occupies a distinguished position among think tanks, regionally and globally. The ECSSR has been able to maintain its research and scholarly prominence while achieving significant accomplishments, which serve to build a knowledge-based society as well as support the comprehensive development plans initiated by our Founding Father, the late Sheikh Zayed bin Sultan Al Nahyan (may God rest his soul in peace) and continued by His Highness Sheikh Khalifa bin Zayed Al Nahyan, President of the UAE (may God protect him).
The ECSSR has enjoyed success for over 25 years, with direct and continuous care and guidance from His Highness Sheikh Mohamed bin Zayed Al Nahyan, Crown Prince of Abu Dhabi and Deputy Supreme Commander of the UAE Armed Forces (may God protect him), to achieve its goals which include the dissemination of scientific research through the implementation of several programs and research projects, the development of national cadres and preparing generations capable of managing sustainable development plans, and its contributions in defining the future through scholarly efforts.
Moreover, with commitment from its management, the ECSSR has contributed to consolidating foundations of innovation, leadership, and creativity as a constant approach in its field of work. The ECSSR has also continued to formulate and develop many innovative ideas and initiatives, and provided creative suggestions and scientific recommendations, which help decision makers face internal and external challenges in order to formulate decisions that serve to advance society, support its comprehensive renaissance, and foster its process for success.
In support of highlighting national institutions through promoting them locally, regionally, and internationally, Emirates Post will be issuing a series of commemorative stamps, on the occasion of the Silver Jubilee of the Emirates Center for Strategic Studies and Research.

Number of stamps per sheet: 6