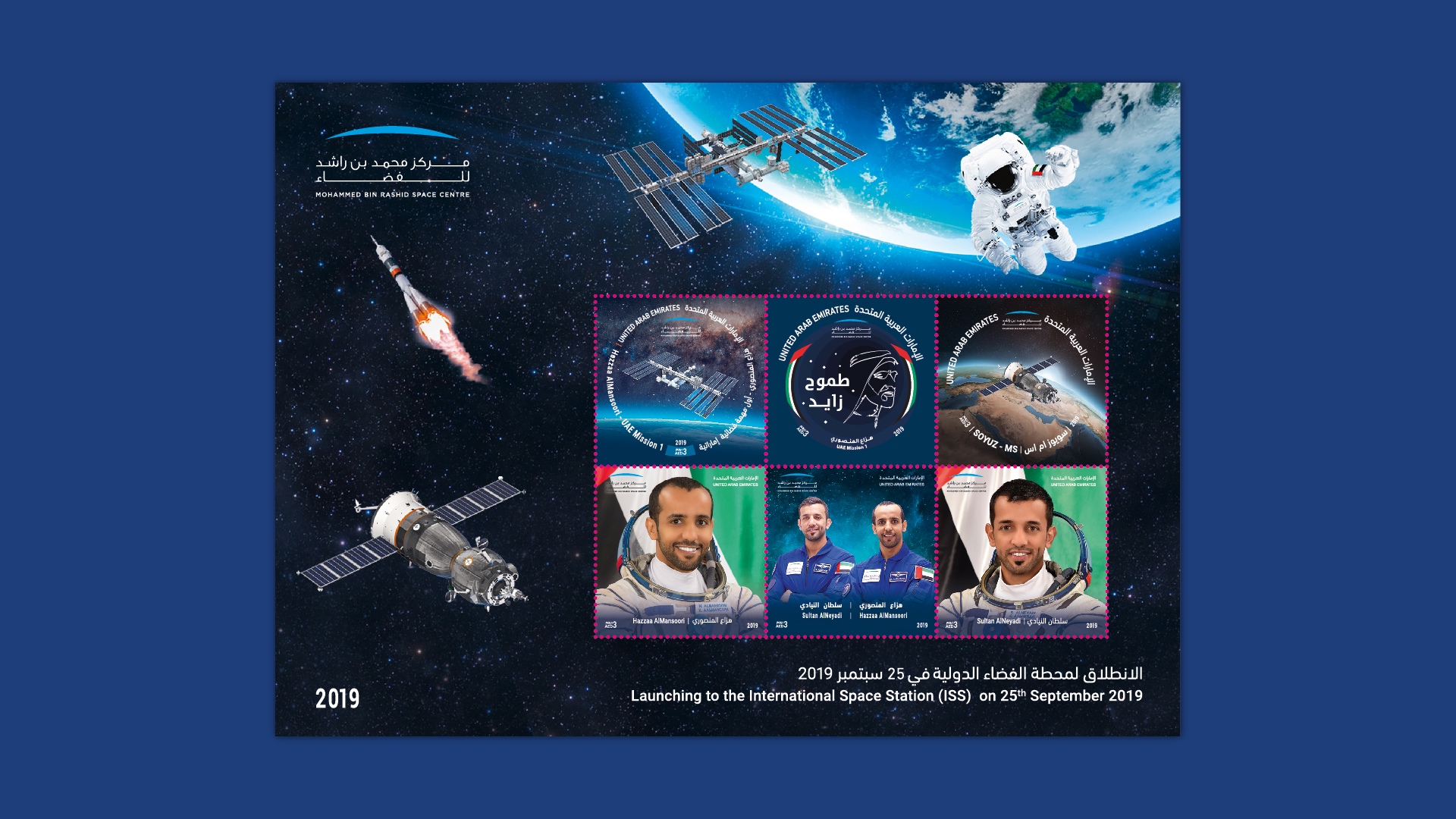 The UAE Astronaut Programme was launched in April 2017 by His Highness Sheikh Mohamed bin Rashid Al Maktoum, Vice President and Prime Minister of the UAE and Ruler of Dubai, and His Highness Sheikh Mohammed bin Zayed Al Nahyan, Crown Prince of Abu Dhabi and Deputy Supreme Commander of the UAE Armed Forces, with the objective to train and prepare the first Emirati astronaut corps to be sent to space for various scientific missions.
Hazzaa AlMansoori and Sultan AlNeyadi are the first batch of astronauts from this Programme; They trained in the Yuri Gagarin Cosmonaut Training Centre (GCTC) in Moscow under an agreement between the Mohammed bin Rashid Space Centre (MBRSC) and Roscosmos for a mission to the International Space Station on 25th September 2019, for which Hazzaa AlMansoori is the main astronaut and Sultan AlNeyadi is his back up.
The UAE Astronaut Programme is run and managed by MBRSC and is funded by the ICT fund of the Telecommunications Regulatory Authority (TRA).
Commemorating the launching to the International Space Station (ISS), Emirates Post has issued a set of Commemorative stamps on this occasion.

Number of Stamps per Sheet: 6