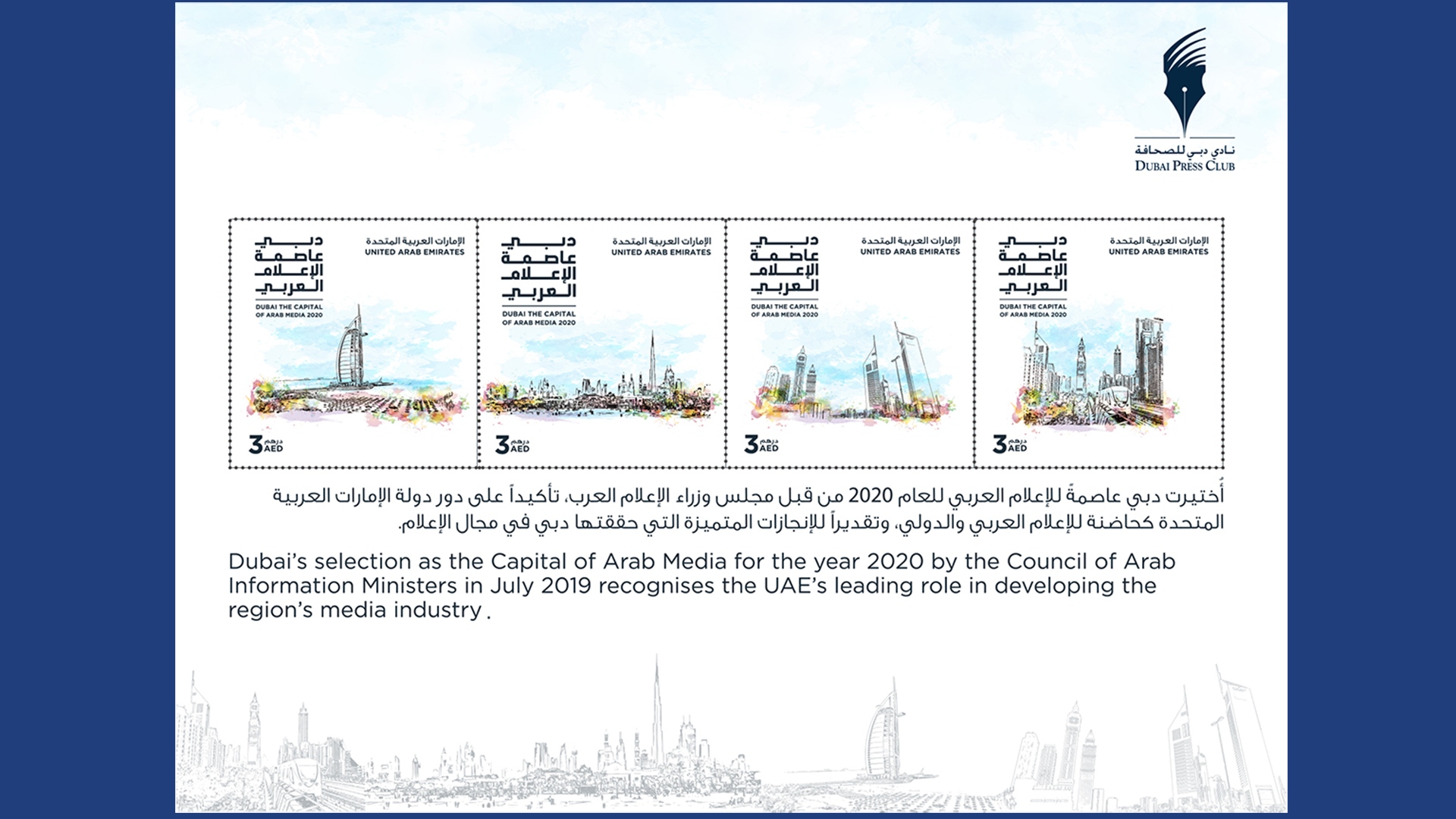 Media 2020, by the Arab Information Ministers Council during its 50th Ordinary Session held at the Arab League headquarters in Cairo. The selection affirms UAE’s position as a hub for Arab and international media organizations and reflects the vital role that Dubai has played in the growth of the Arab media industry. The event also reflects Dubai’s positive impact on the region’s media sector, and highlights the success of its vision for media growth launched by His Highness Sheikh Mohammed bin Rashid Al Maktoum, Vice President and Prime Minister of the UAE and Ruler of Dubai.
The recognition also crowns two decades of Dubai’s leadership in driving regional media industry growth during which it has also emerged as one of the world’s leading media hubs, hosting more than 4,000 media-specialized companies. At the forefront of this growth is the establishment of Dubai Press Club in 1999, which host and organize many important events, including Arab Media Forum and Arab Journalism Award.
Dubai Also established several specialized media clusters like Dubai Media City in 2001, Dubai Studio City and Dubai Production City, which together represent the largest hub for media companies in the region. Dubai Press Club, in collaboration with the General Secretariat of Arab League, will work to make 2020 a landmark in the history of Arab media by launching a one-year agenda  of initiatives and projects that target Arab media communities and help them deliver professional content that will contribute in developing Arab societies.
Commemorating Dubai Capital of Arab Media 2020, Emirates Post has issued a set of Commemorative stamps on this occasion.