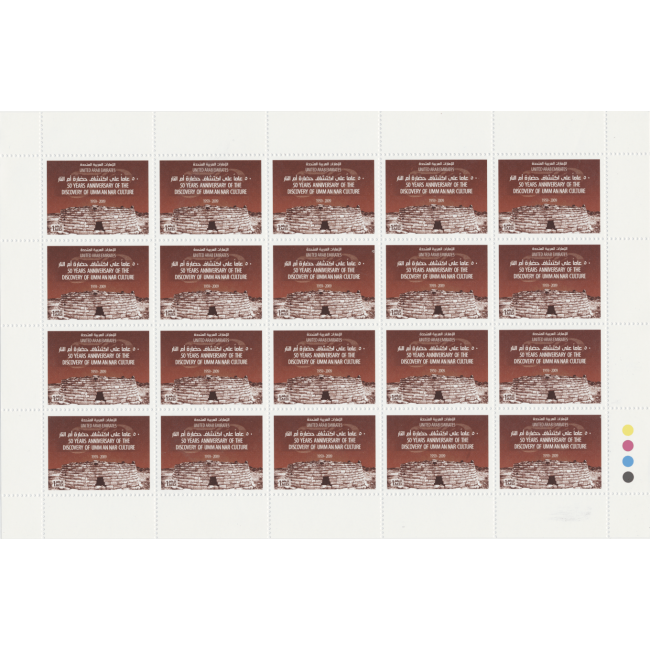 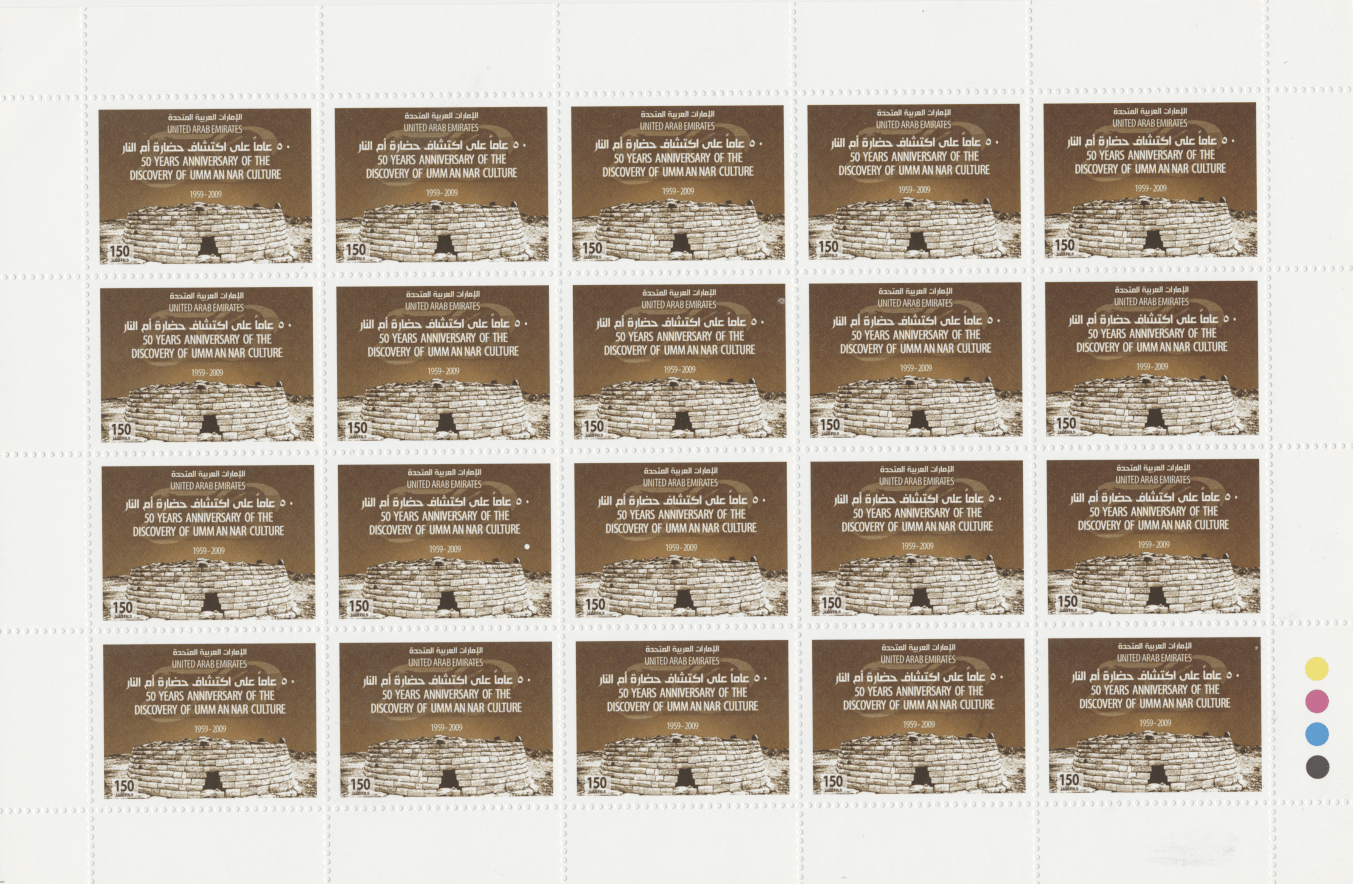 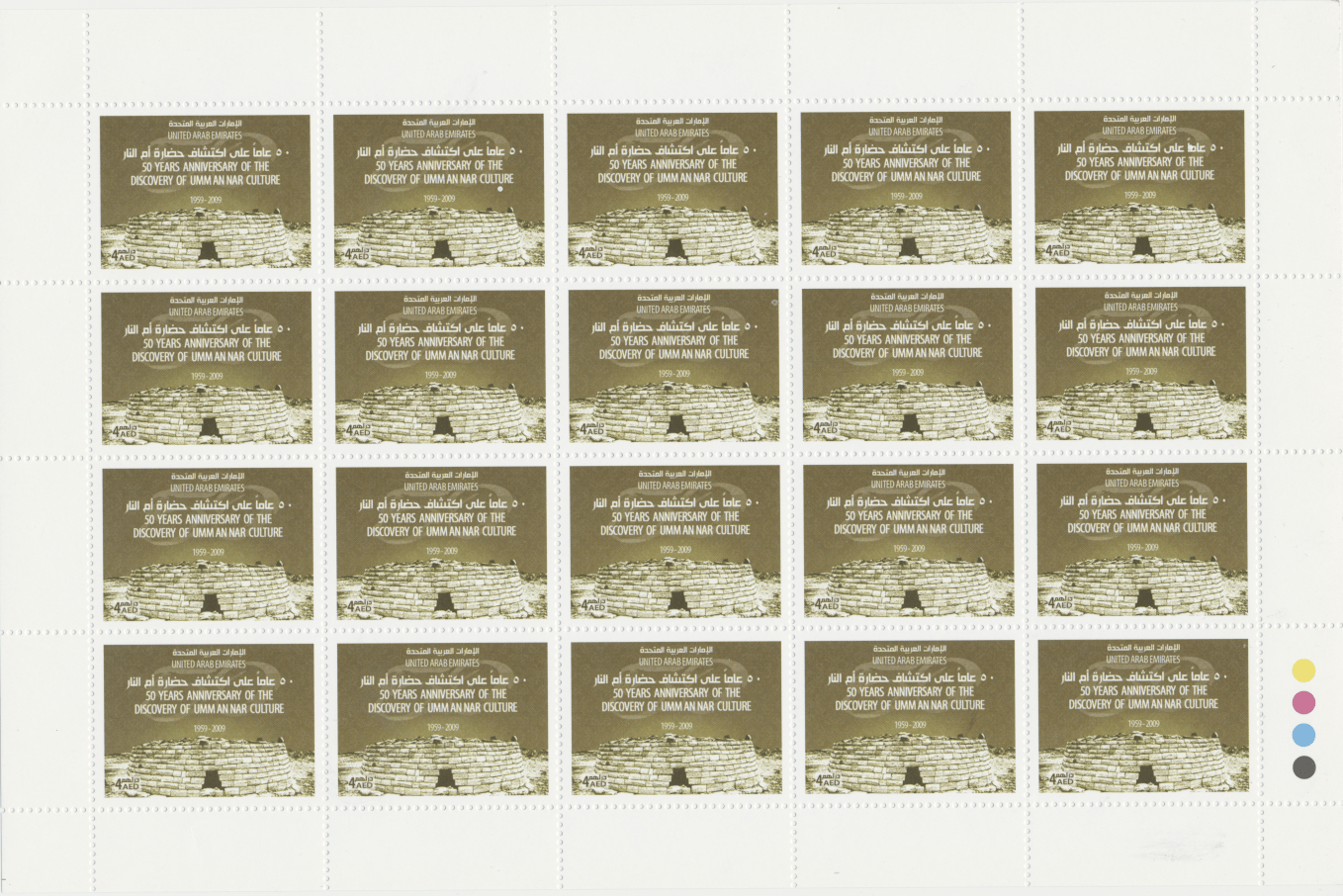 50Years Anniversary of Discovery of Umm An Nar Culture 2009

The island of Umm an-Nar was the first archaeological site discovered and excavated in the United Arab Emirates. It houses quite a large settlement and a contemporary cemetery dating back to around 2600 – 2300 BC. The first excavations were conducted in 1959 by a team from Denmark. Evidence from the stone built houses and graves, excavated not only by the Danes but also by teams from Iraq and the UAE, demonstrate that the island was involved in trade, fishing and copper industry. Inhabitants of the island had contacts across the land and sea with remote places such as Mesopotamia and the Indus Valley. They traded in several commodities, among them copper, shark oil and onion in exchange for wheat, barley, bitumen and textiles.  The cemetery consists of 50 above ground graves. The most impressive are those of circular shapes built of dressed stones with a diameter ranging between six and twelve meters.

The tomb on the stamps

This is one of the circular Umm an-Nar tombs, which is around 4500 years old with a diameter of six and a half metres. The interior is divided into four chambers by a cross wall, dividing the tomb into two sections, and a partition wall dividing each section into two compartments. It has two entrances leading to the two separate sections. Excavations at this collective burial revealed skeletal remains belonging to 36 persons of different age and sex. The dead were provided with objects such as pottery vessels, some copper objects and beads of different shapes and materials. These were either strung in necklaces or used as embroidery fixed on cloths. Objects like these were buried with the dead in order to be used in the afterlife.