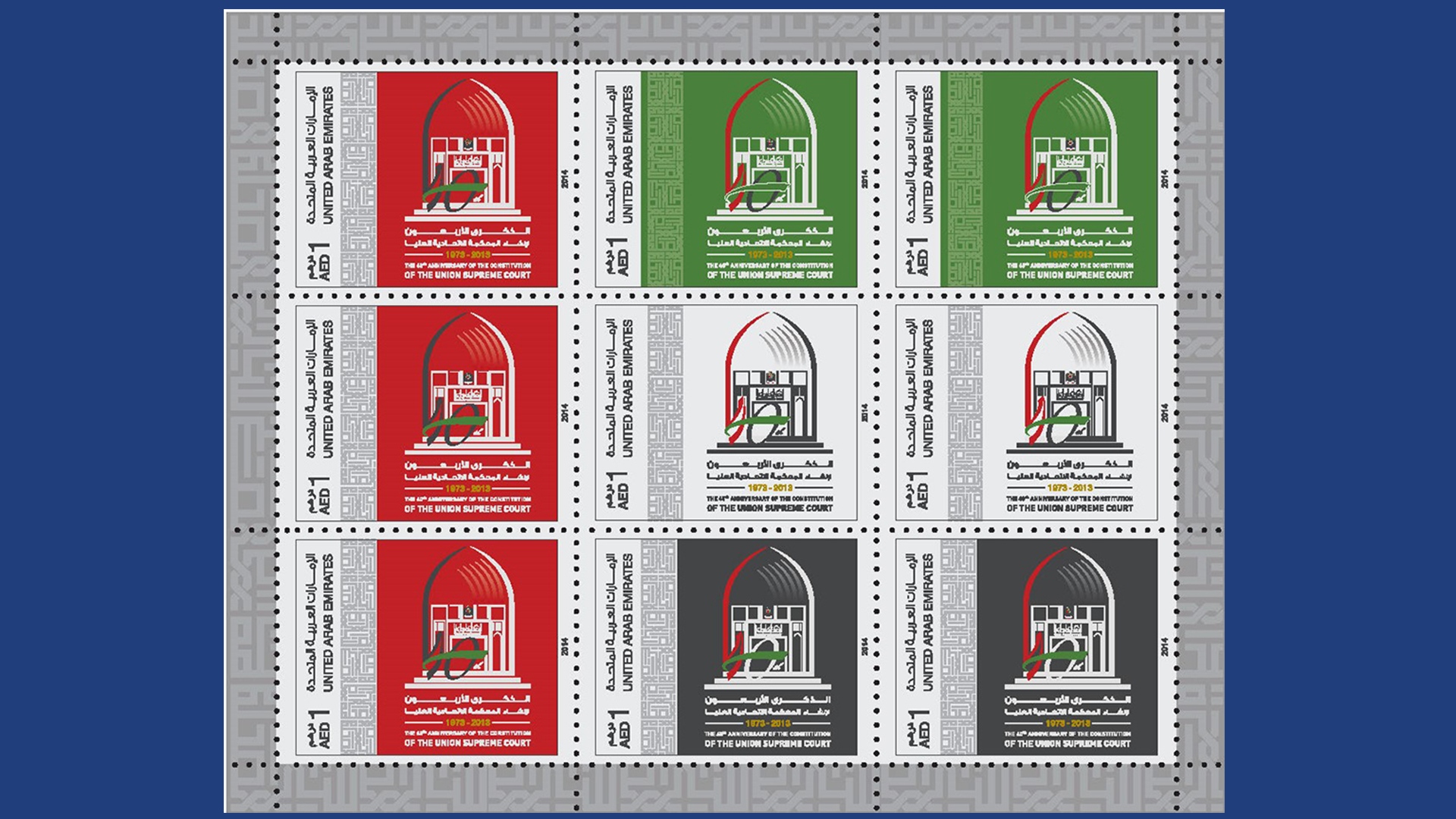 40th Anniversary of the constitution of Union Supreme Court

The Union Supreme Court (USC) is the highest federal judicial authority in UAE. The USC was established 40 years ago in 1973 under Federal Law No.10 of 1973.
The USC was the cornerstone and pivot of UAE’s commitment to establishing an independent judiciary and sovereignty of law. It laid the foundation for creating an integrated judicial system.

The commemoration of 40th anniversary of the constitution of the USC is therefore a significant event in the growth of the UAE.

The strategy adopted by USC is based on promotion of judicial authority of highest standards, in conjunction with commitment to ensuring justice for all.
As part of its commitment to the promotion of UAE events and historic occasions locally and internationally, and in recognition of their vital role in overall development, Emirates Post Group has issued a set of commemorative stamps in a single denomination (1 AED) to mark the 40th Anniversary of the constitution of the Union Supreme Court.

Sold as: 9 stamps in one sheet