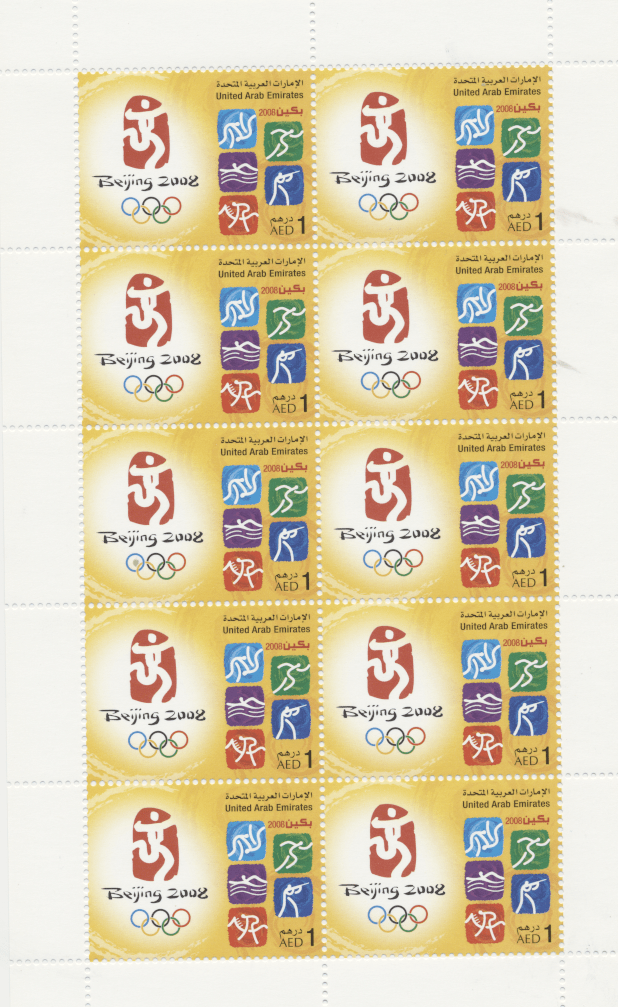 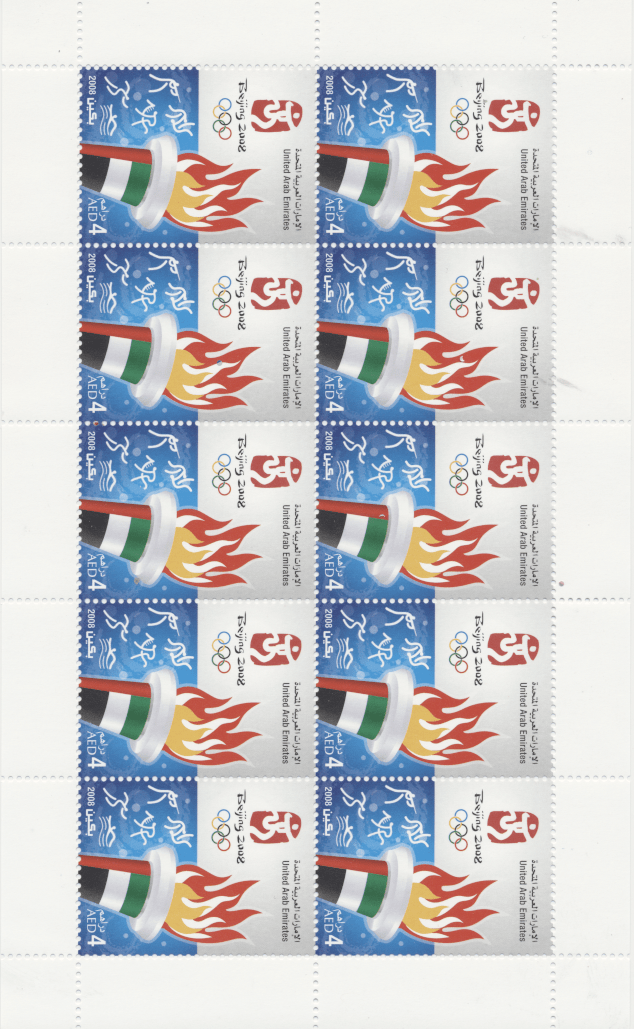 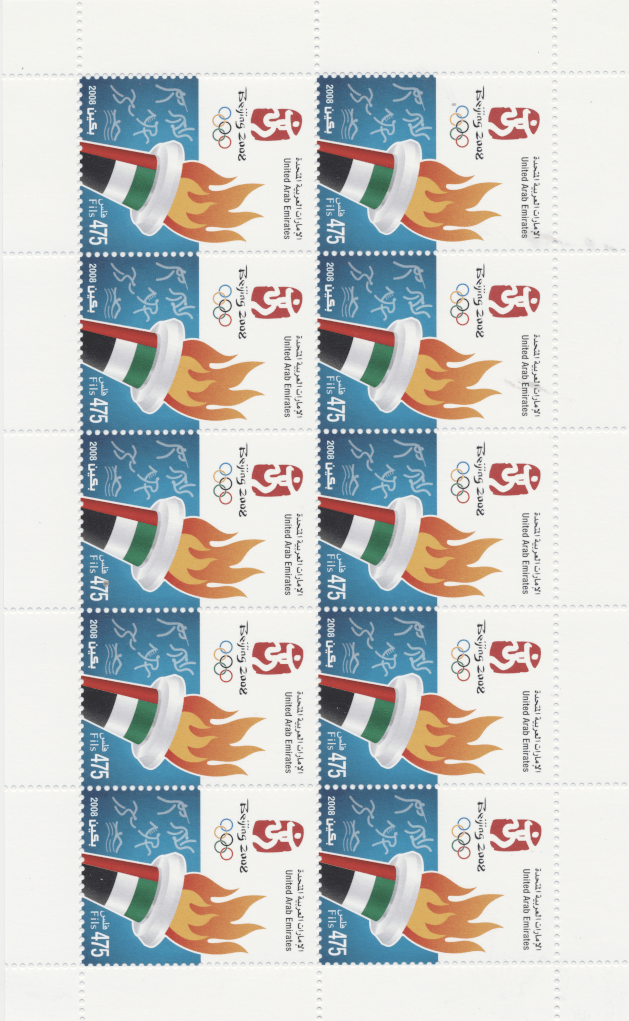 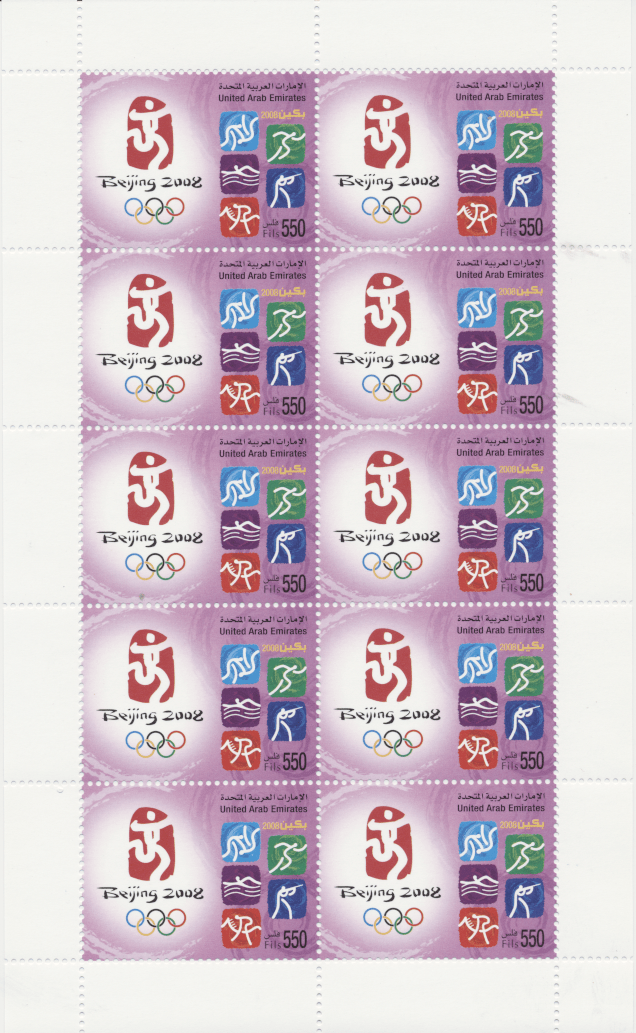 In the modern time, the first edition of Olympic Games was organized under the umbrella of the International Olympic Committee in 1896 in Athens; where 295 athletes from 13 countries took place.

The participated in the following Olympic Games:

In Athens Olympic Games 2004, the UAE scored the first Olympic gold medal in the history of its Olympic participations. Thanks to the world & Olympic Champion Sheikh Ahmed Bin Hasher Al Maktoum who deservedly clinched the Olympic gold in Shooting, Double Trap events.

On this important occasion, Emirates Post has issued a set of commemorative stamps in four denominations.