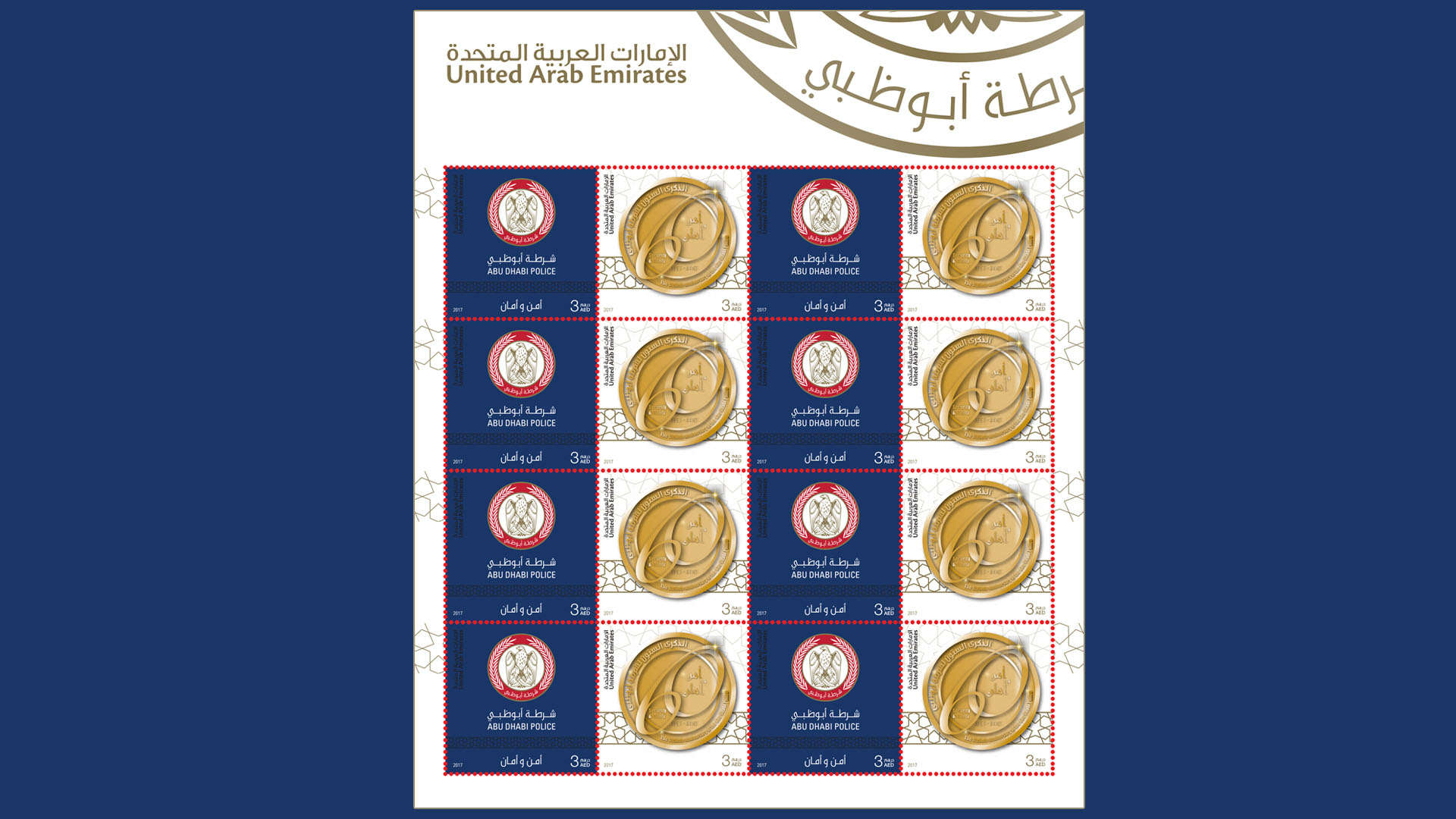 ” Abu Dhabi Police was first established in 1957 by Ruler of Abu Dhabi Emirate late Sheikh Shakhbout bin Sultan Al Nahyan who believed in building government institutions that could lead Abu Dhabi towards development and progress in a stable security environment dominated by the rule of law.
When late Sheikh Zayed bin Sultan Al Nahyan became ruler of Abu Dhabi emirate in 1966, he started with strong determination to improve Abu Dhabi police force, making it one of the best security bodies in the region.
These achievements have continued thanks to the unlimited support by President His Highness Sheikh Khalifa bin Zayed Al Nahyan and the unswerving follow-up by His Highness Sheikh Mohammed bin Zayed Al Nahyan, Crown Prince of Abu Dhabi and Deputy Supreme Commander of the UAE Armed Forces. This support has pushed the security performance ahead.
On Monday, July 24, 2017, Abu Dhabi Police has launched its new logo which reflects the historical legacy of the emirate and coincides with the logo of the Government of Abu Dhabi. In July, 2017, the new organizational structure has also been launched to meet the strategic trends of Abu Dhabi Plan 2016-2020 and the operational needs as well as to help develop the skills of the employees, to find an attractive working environment and to consolidate the culture of creativity and innovation.
Abu Dhabi Police has launched a number of initiatives with the community, all of which have contributed to achieving the positive interaction of the citizens with security efforts. Some of these initiatives include: “We are all Police”, “Bicycle Patrols”, “the Happiness Patrol, “Mobile Police Station”, “smart services”, among others.
Commemorating the 60th Anniversary of Abu Dhabi Police, Emirates Post Group has issued a set of commemorative stamps in addition to a distinctive Souvenir Sheet chronicling this anniversary, and the new logo of Abu Dhabi Police ”