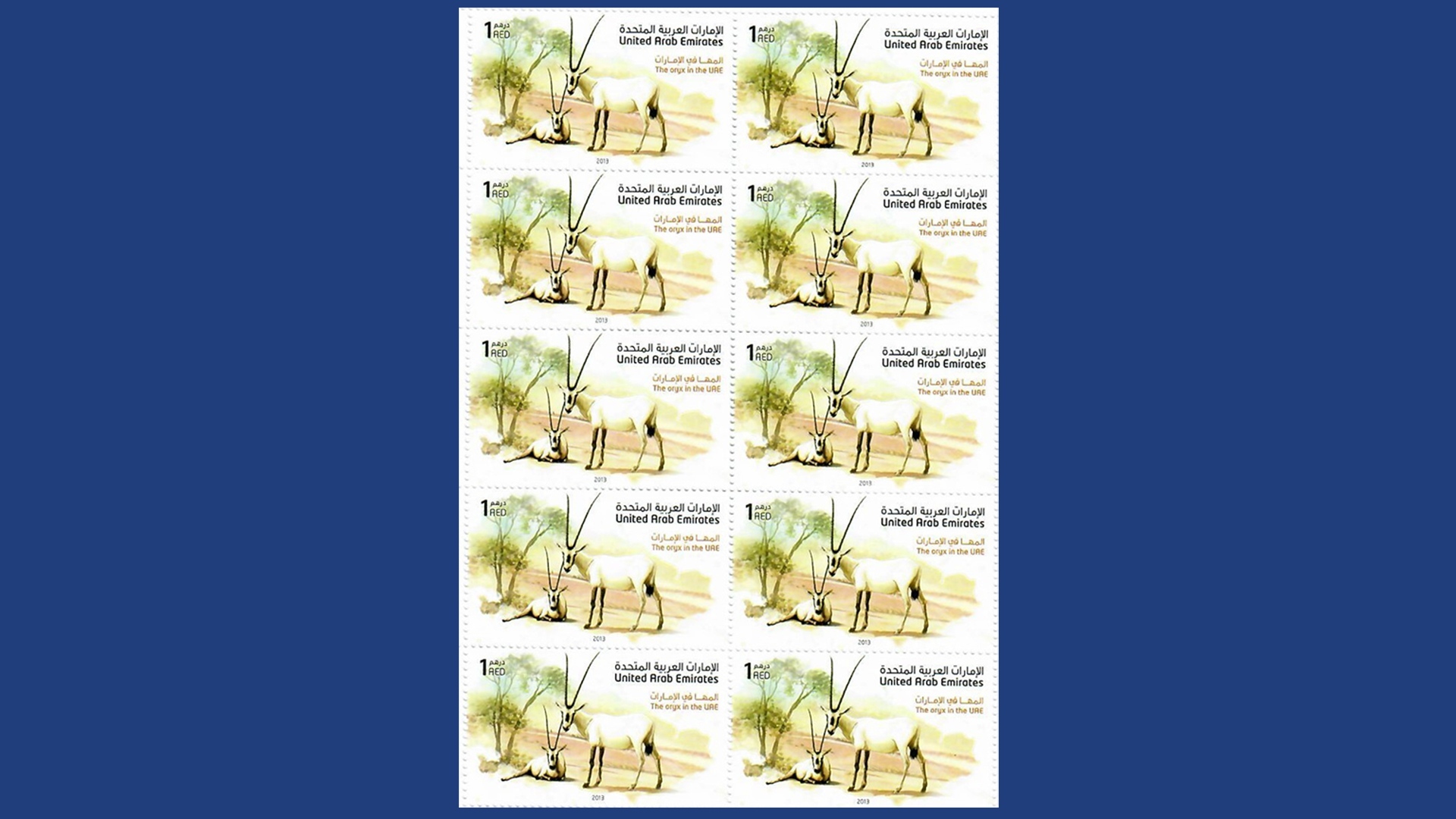 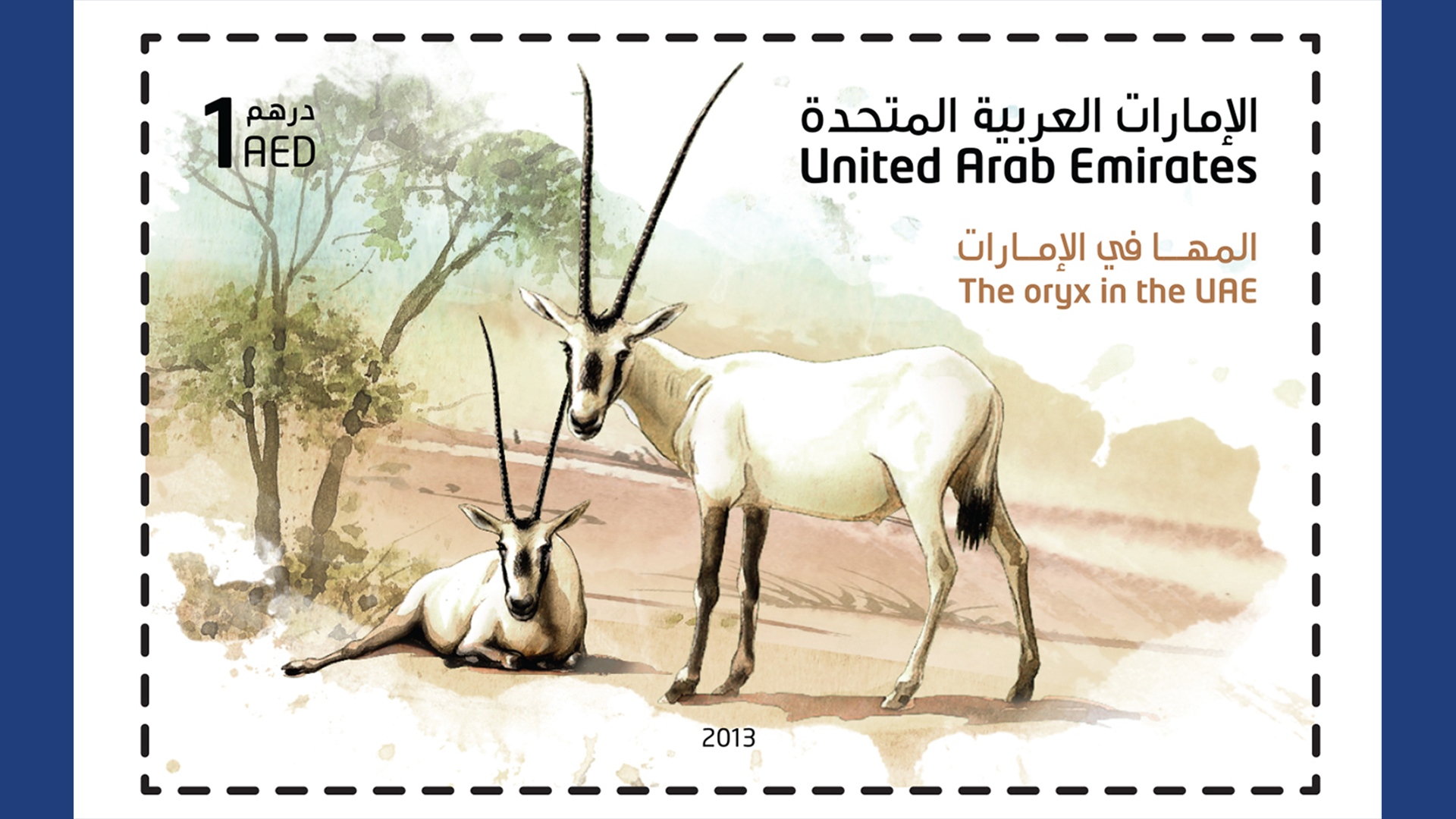 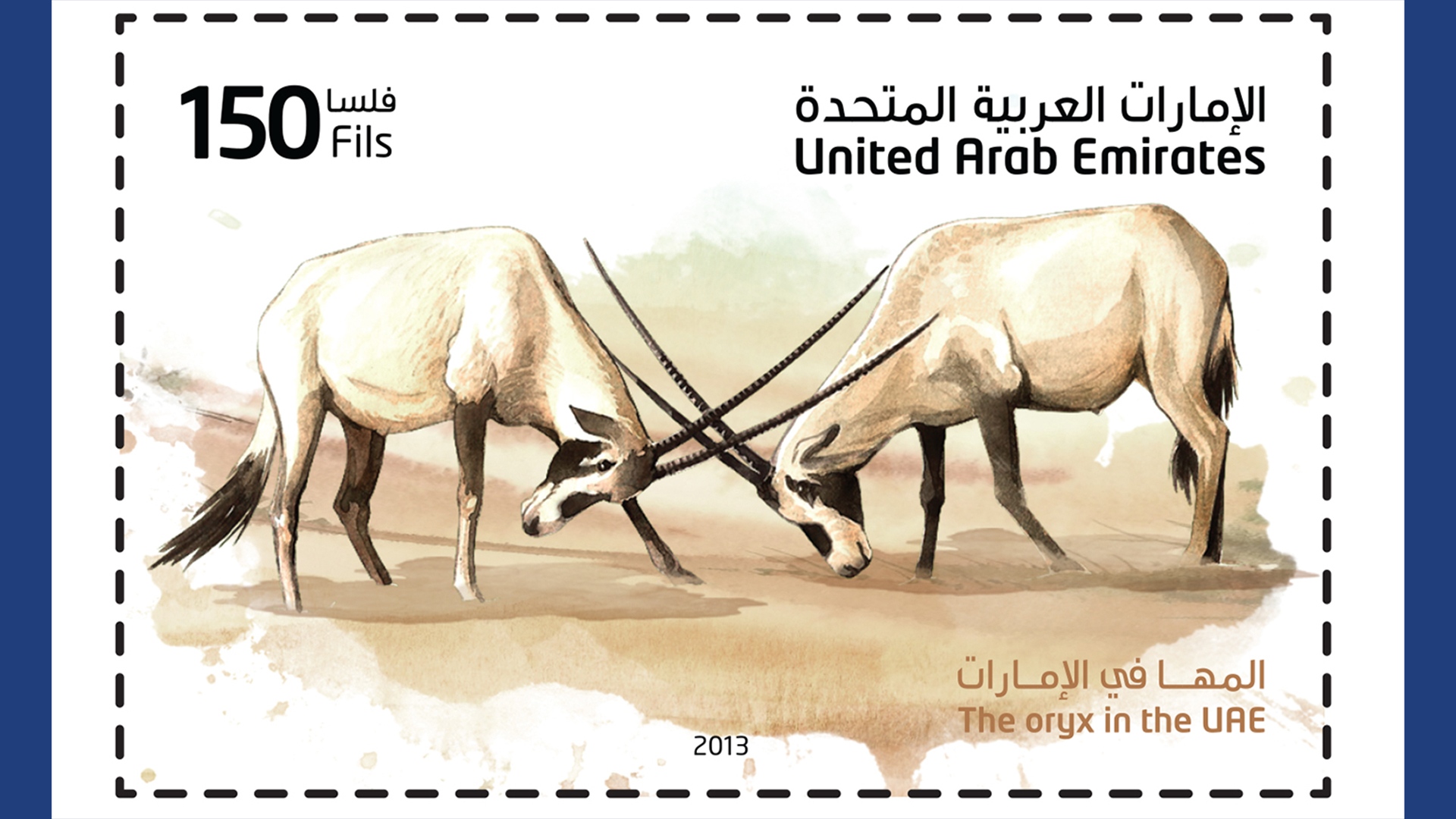 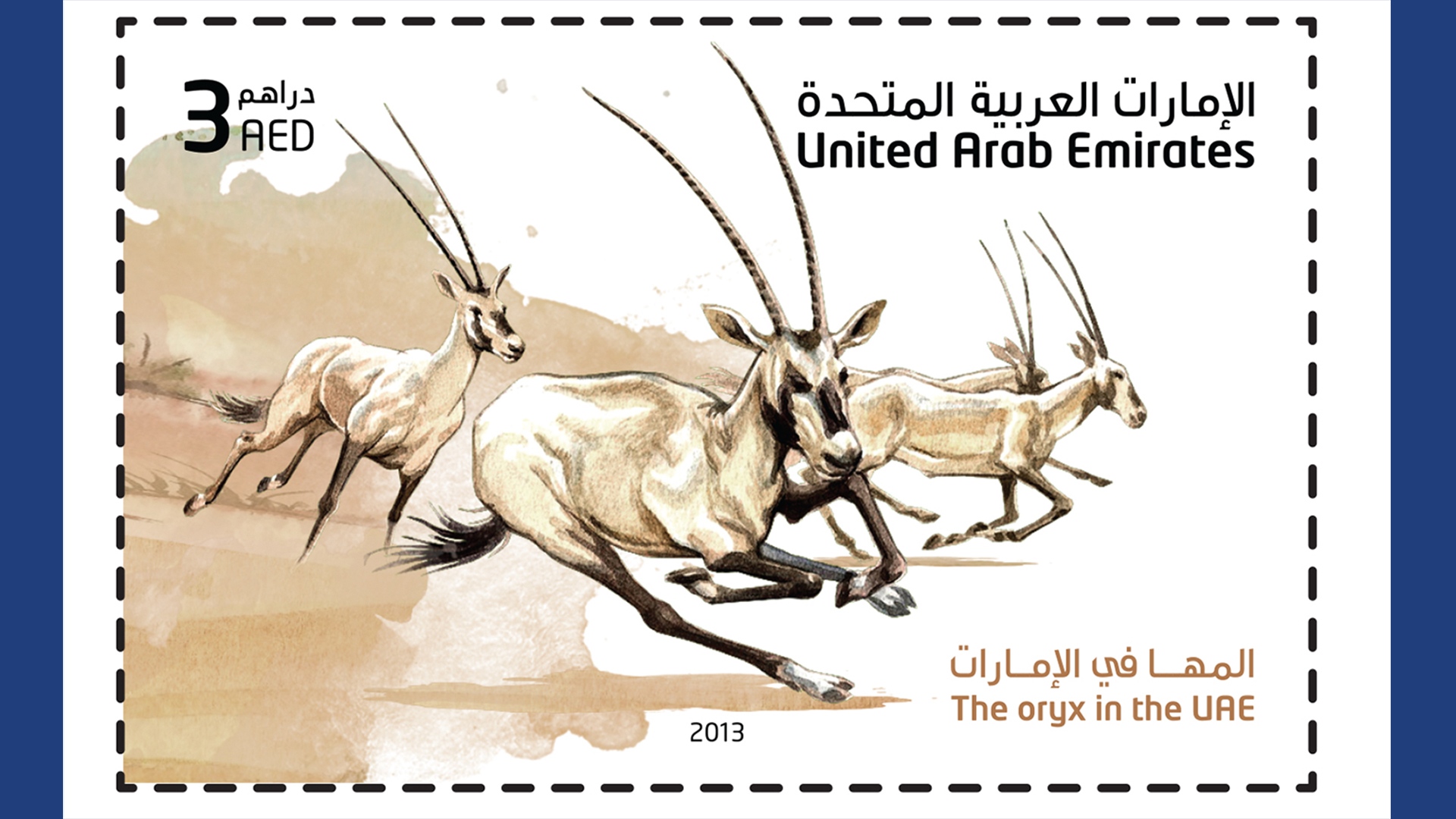 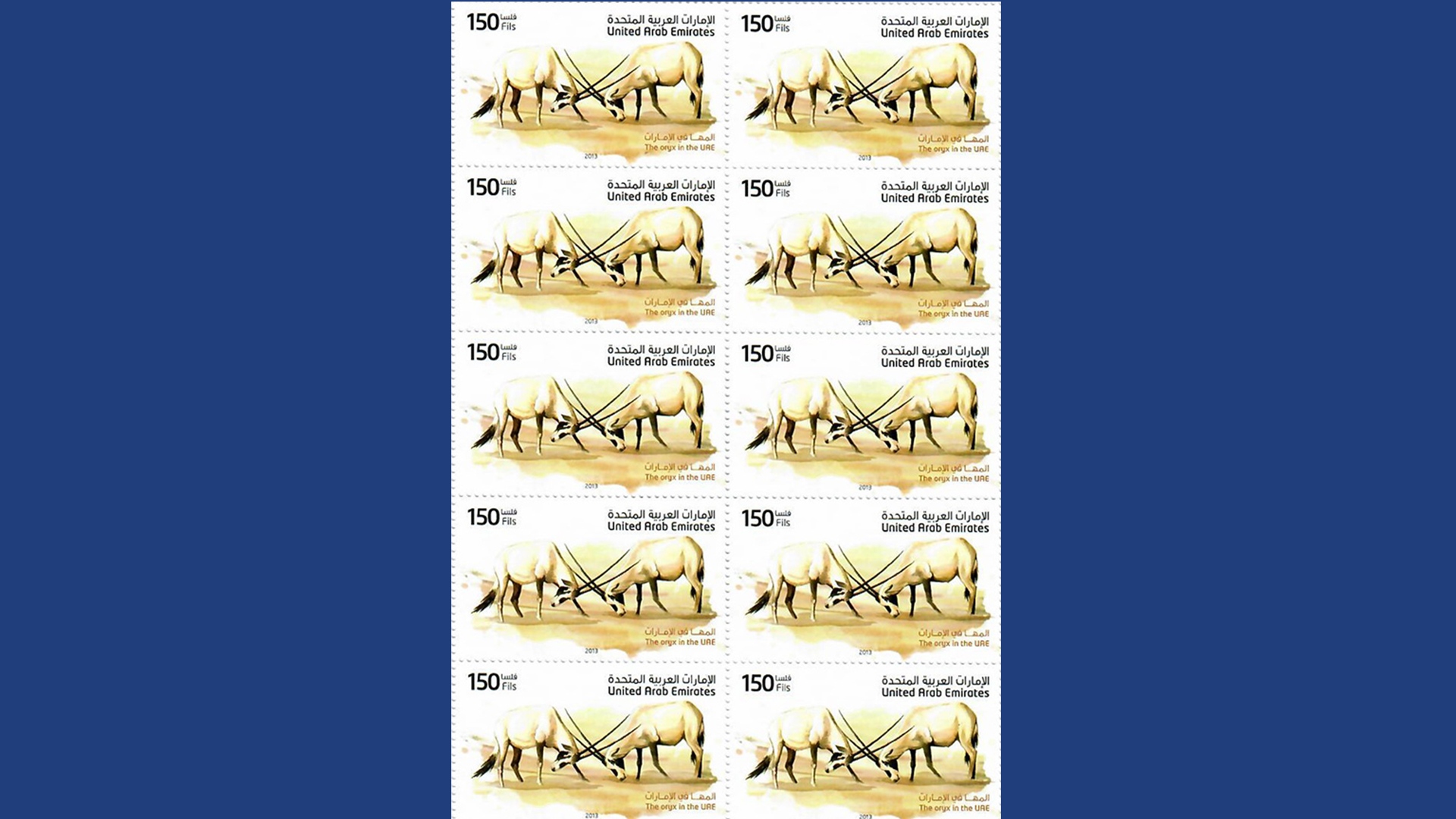 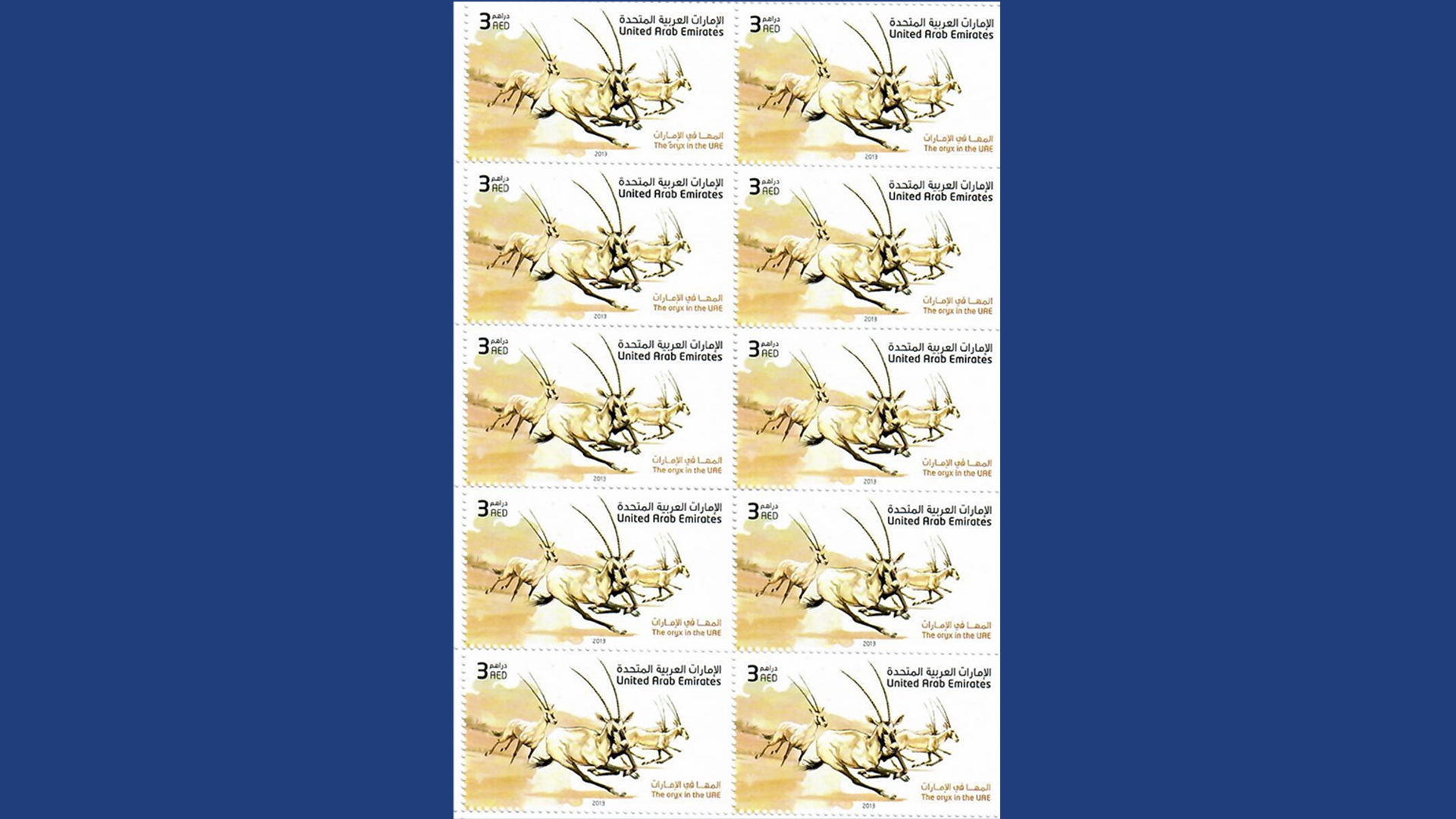 ORYX in the UAE

The Arabian Oryx, one of the largest desert mammals in the Arab region, has been an important part of the Arabian heritage throughout history. Also known as wild cows, the Oryx are large antelopes that weigh between 80 to 100 kg and stand nearly 1.5 metres tall at the shoulder. Both male and female Arabian Oryx carry long and slightly curved horns with sharp edges which they use to defend themselves against enemies.
Pure white fur covers the body of the animal with black or brown stripes on the legs and face. Its white colour, while helping to overcome the heat of the sun, makes it extremely visible and easy to be chased and killed by hunters. Although the Oryx is famous for its stamina, it cannot run very fast.
The unique characteristics of the Arabian Oryx have helped it adapt to the harsh climate conditions of the Arabian Peninsula over the centuries. The animal, which feeds on grass and desert plants, is not completely dependent on any single type of plant. In dry seasons, it feeds on roots of wild plants as well as succulent plants which contain a lot of water and have high nutritional value. The animal only needs water equivalent to 2 to 4% of its body weight and can survive on plants and grass without drinking water for a long time.
Historically, the Arabian Oryx was found in two major subgroups that roamed freely in the northern region of the Arabian Peninsula and the Empty Quarter. The distribution of the animal in the UAE was in Western Region areas of Al Dhafra and Liwa up to the Empty Quarter.
Recognizing the country’s efforts in the field of environmental and wildlife conservation in general and Arabian Oryx conservation in particular, Emirates Post has issued a set of special stamps on the Oryx in the UAE in three denominations and a distinctive souvenir sheet.

Sold as: 10 stamps per denomination, a total of 30 stamps is 3 sheets