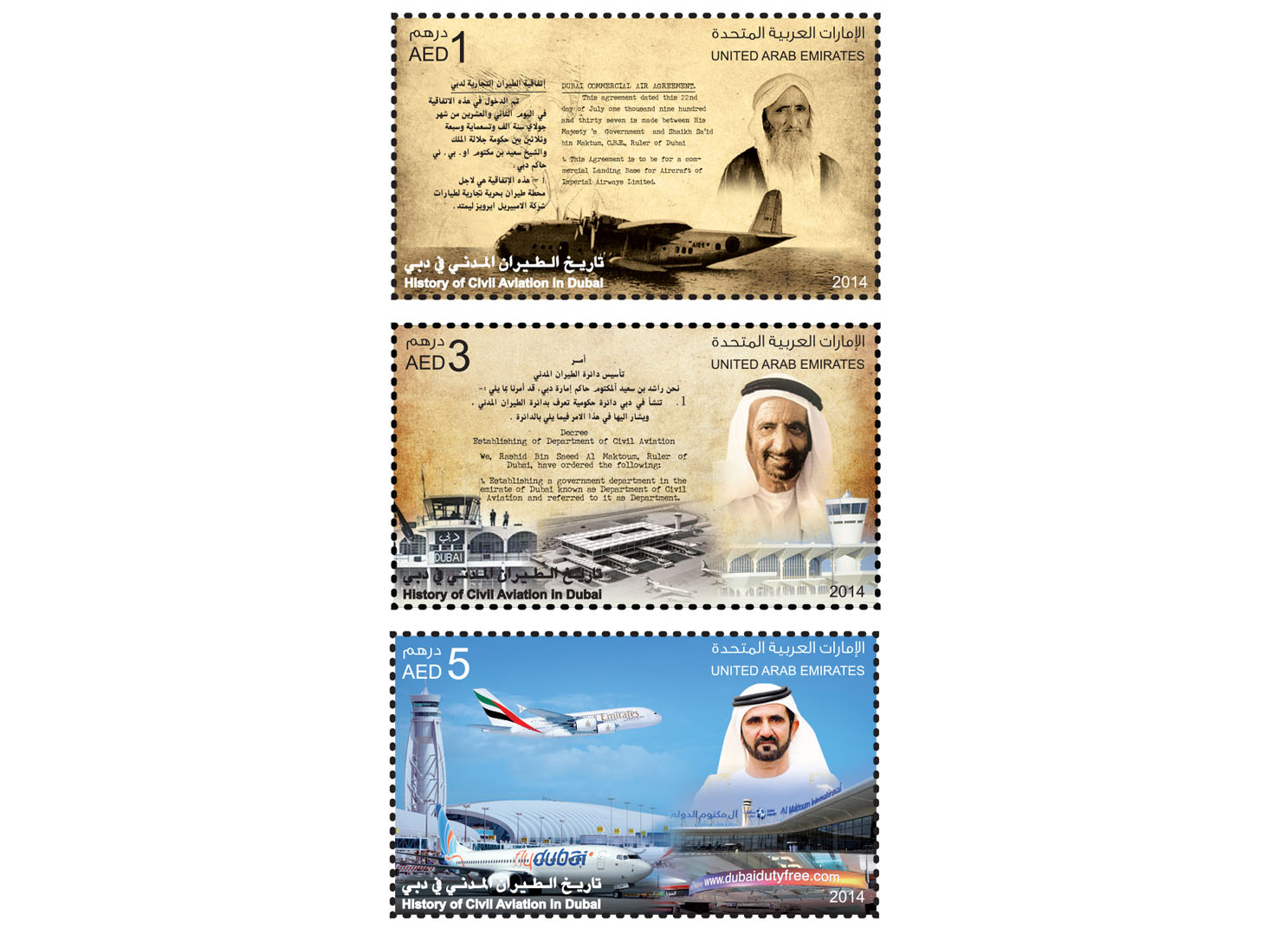 History of civil aviation in the Emirate of Dubai dates back to 1930’s, when Late Sheikh Saeed bin Maktoum, O.B.E. and T. Hickinbotham, Captain, Political Agent, Bahrain for His Majesty’s Government signed the Dubai Commercial Air Agreement in July 1937. This was the foundation stone for the present “open skies” policy of the Government of Dubai. The unique feature of this agreement is that; it had no restriction on the frequency, thus espousing a liberal framework for traffic rights. This can be viewed as the first “open skies” agreement for commercial civil aviation.
Since then, the aviation industry has grown to its present status to be amongst the best aviation industries in the world.
His Highness Late Sheikh Rashid bin Saeed Al Maktoum established necessary infrastructure to support the commercial aviation industry in Dubai. Accordingly, he inaugurated the construction of an airport on 10th September 1959. Creating another milestone of the aviation history of Dubai, this airport was declared open on 30th September 1960.
His Highness Sheikh Rashid established the Dubai International Airport Committee in 1966 and also created the Department of Civil Aviation by Decree dated 18th March 1971. In relation to international conventions, His Highness requested to the Political Agent of the British Government to assume responsibility for civil aviation under the Convention on International Civil Aviation done in Chicago. He created Dubai National Air Travel Agency known as “”Dnata”” for the purpose of handling ticketing, General Sales Agency and passengers.
The construction of the new airport with facilities, such as, multi storied terminal building, parking bays which could also facilitate large aircraft, car parks, offices, VIP lounge, exhibition centre and duty free shops commenced on 15th April 1969. This airport was declared open by HH Sheikh Rashid on 15th May 1971.
On 25th August 1977 a new committee was established to take over the administration and future development of the Dubai International Airport. His Highness Sheikh Mohammed bin Rashid Al Maktoum was assigned to lead this Committee.
HH Sheikh Mohammed has had plans, even before, to develop Dubai towards the leading tourist destination in the world. This was the beginning of a new era for the aviation industry in Dubai. His Highness renewed the open skies policy of Dubai and took every possible step to strengthen its implementation by expanding the necessary infrastructure, capacity and facilities to meet the increasing aircraft and passenger movement. HH Sheikh Mohammed possessed a great wealth of knowledge on every aspect of aviation. His vision, expertise and guidance has paved the way towards the success of the aviation industry in Dubai since 1970’s.
Adding to Dubai’s milestones, the Dubai Duty Free was established 20th December 1983.
In 1985 the Emirates Airline was established on a concept of HH Sheikh Mohammed. Having commenced its operation on 25th October 1985 with two leased aircraft has evolved into a globally recognized airline for highest standards of quality. Flydubai was established as Dubai’s first low-cost airline in 2009.
The expansion and the modernization of the aviation infrastructure continued steady with the opening of the Sheikh Rashid terminal in 2000 and the opening of the terminal 3 which increased the capacity of the Dubai Airport to 60 million passengers. The Airport has its Concourse 3 dedicated to A380 aircrafts of Emirates.
Dubai became a twin airport city with the opening of the Dubai World Central – Al Maktoum International Airport in 2010.
With the establishing of Emirates, the Department of Civil Aviation (DCA) was assigned the task to secure aero political requirements, such as, reaching agreements, obtaining landing permission etc., to enable it to commence its operations to such destinations.
DCA’s task, although there were much resistance from some of the counter parts, was made easy as Dubai maintained an open skies policy in granting landing rights. Initially, the negotiations were aimed at securing slots from the nabouring Gulf States and expanded towards the Indian Subcontinent, Northern Africa. At present it has expanded its relations with almost every continent in the world.
Undoubtedly, it is the vision of HH Shiekh Mohammed bin Rashid Al Maktoum, Vice President and the Prime Minister of the United Arab Emirates and Ruler of Dubai that made a positive difference in the aviation industry and all of the aspect in the Emirate of Dubai.
Emirates Post, as part of its efforts to document and highlight local and global historical event, has issued a set of commemorative stamps on the history of civil aviation in Dubai, as postage stamps are a channel of cross-cultural communication, reaching different countries and peoples across the globe.