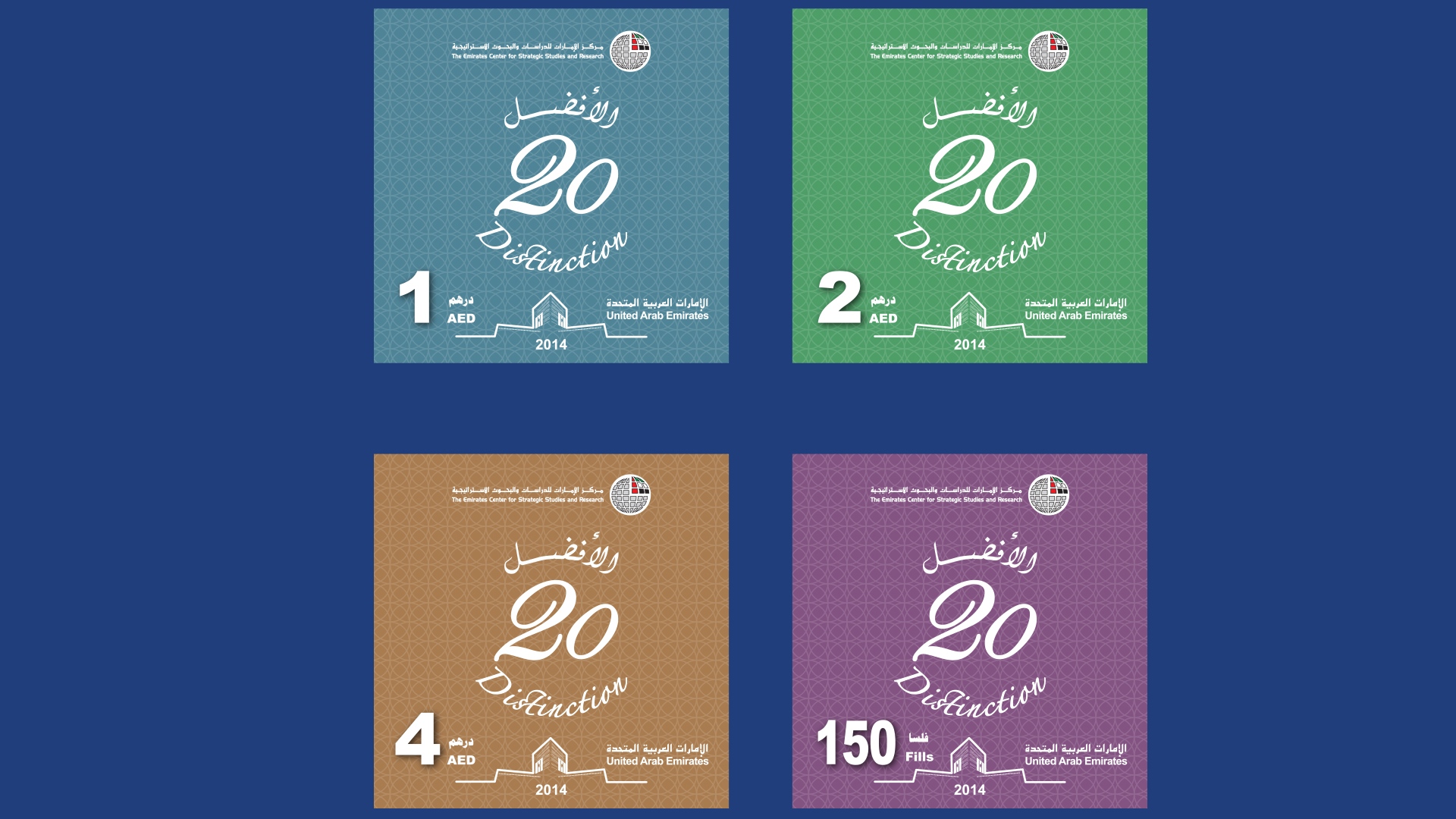 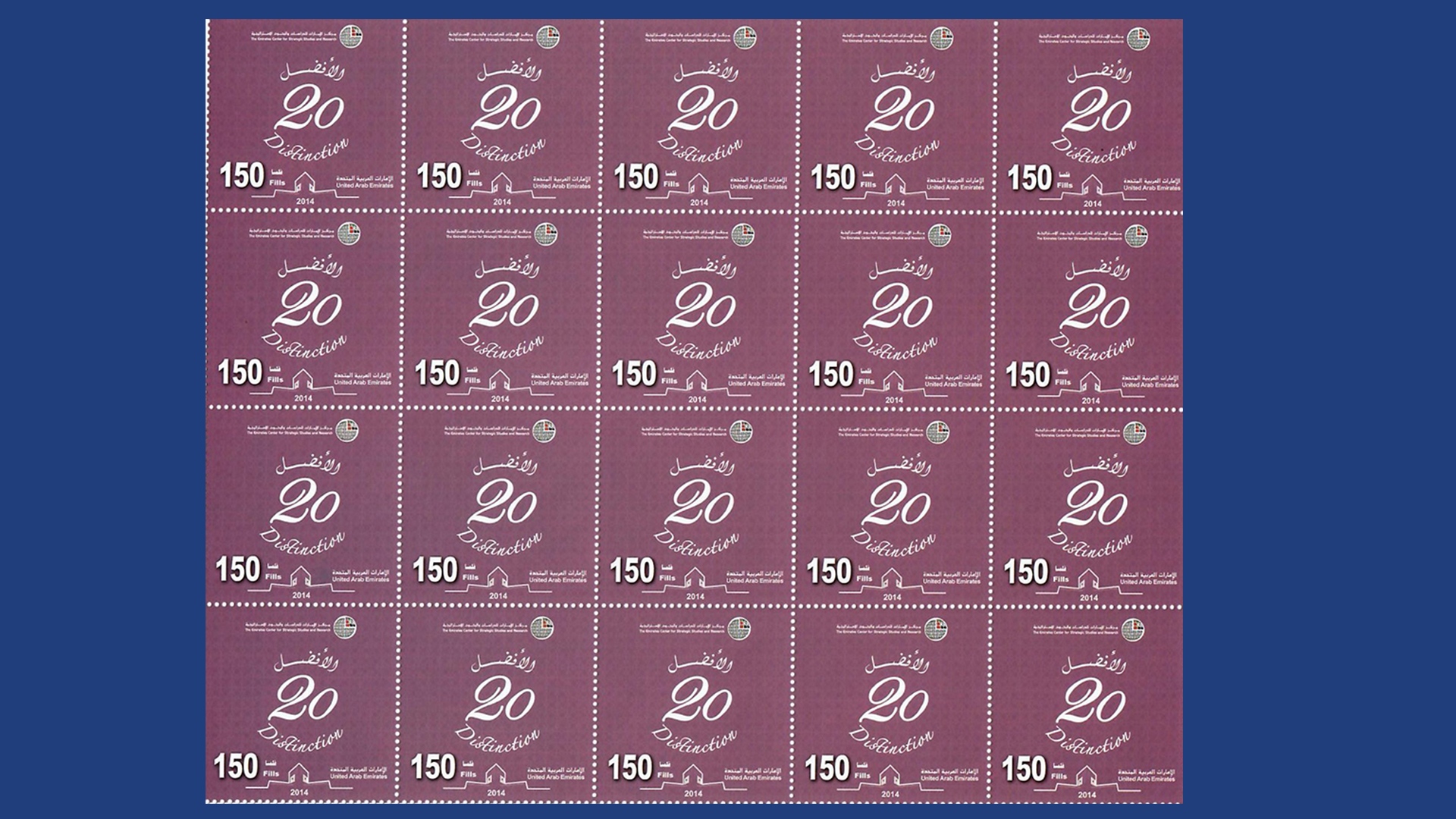 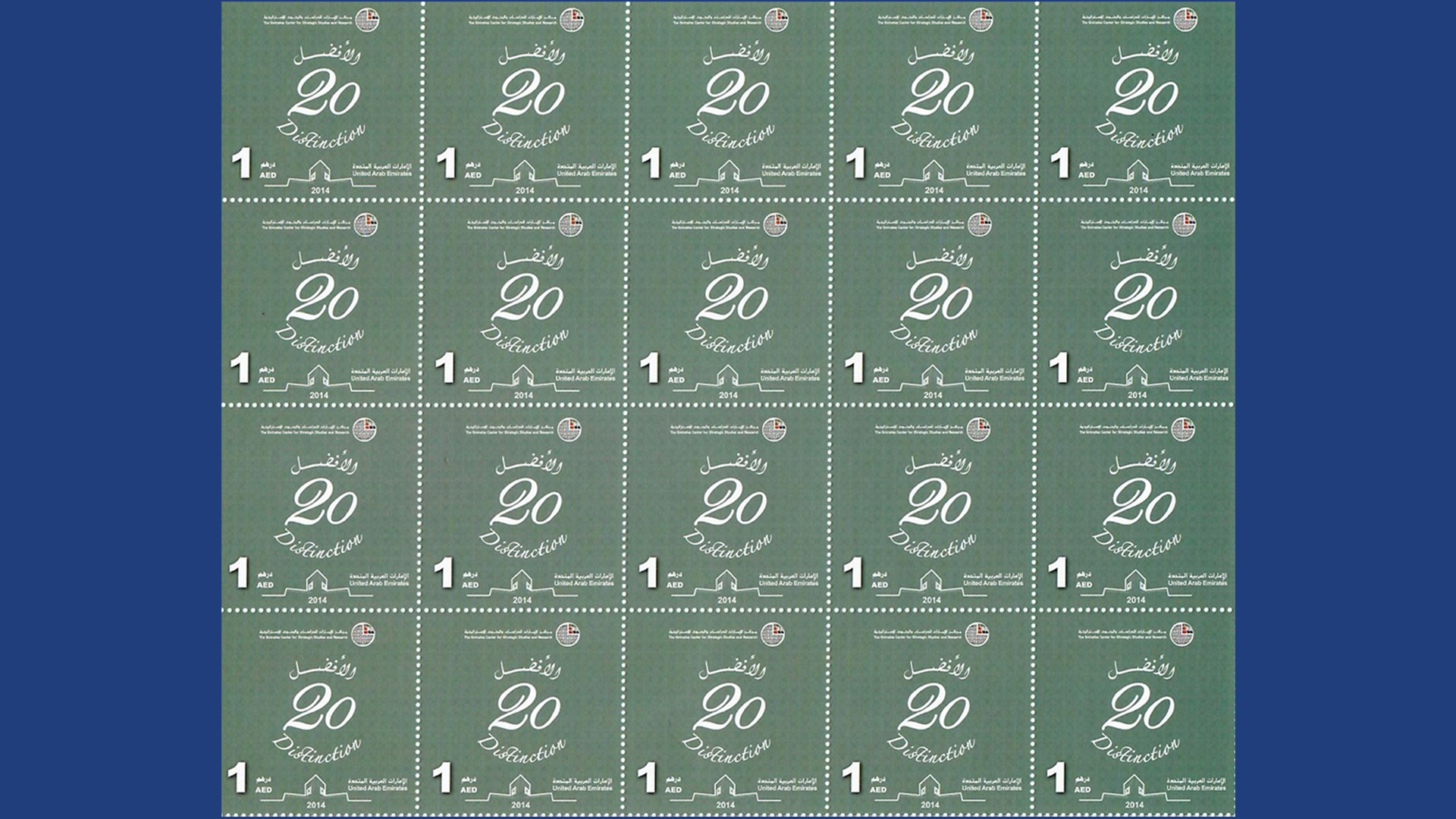 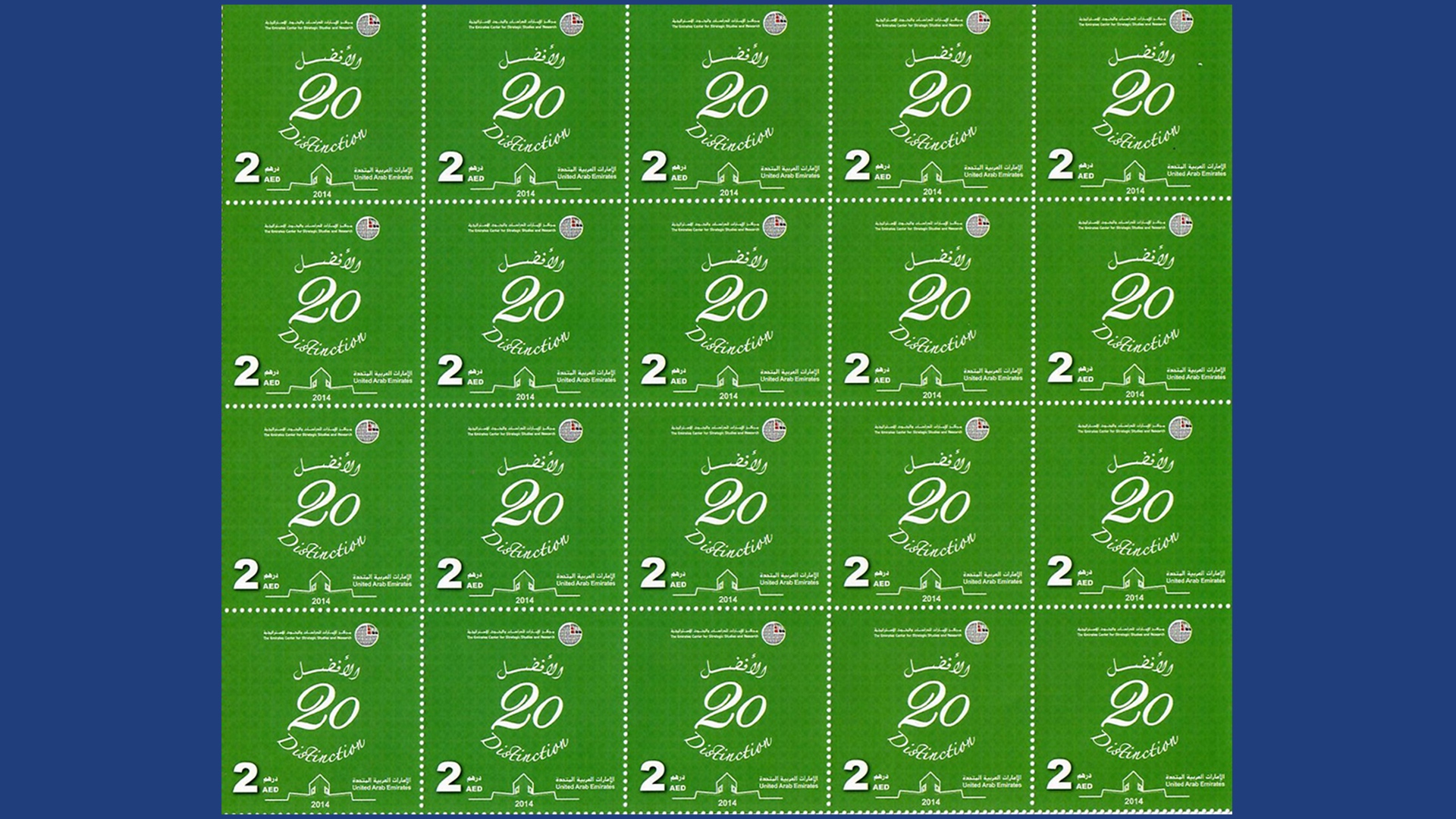 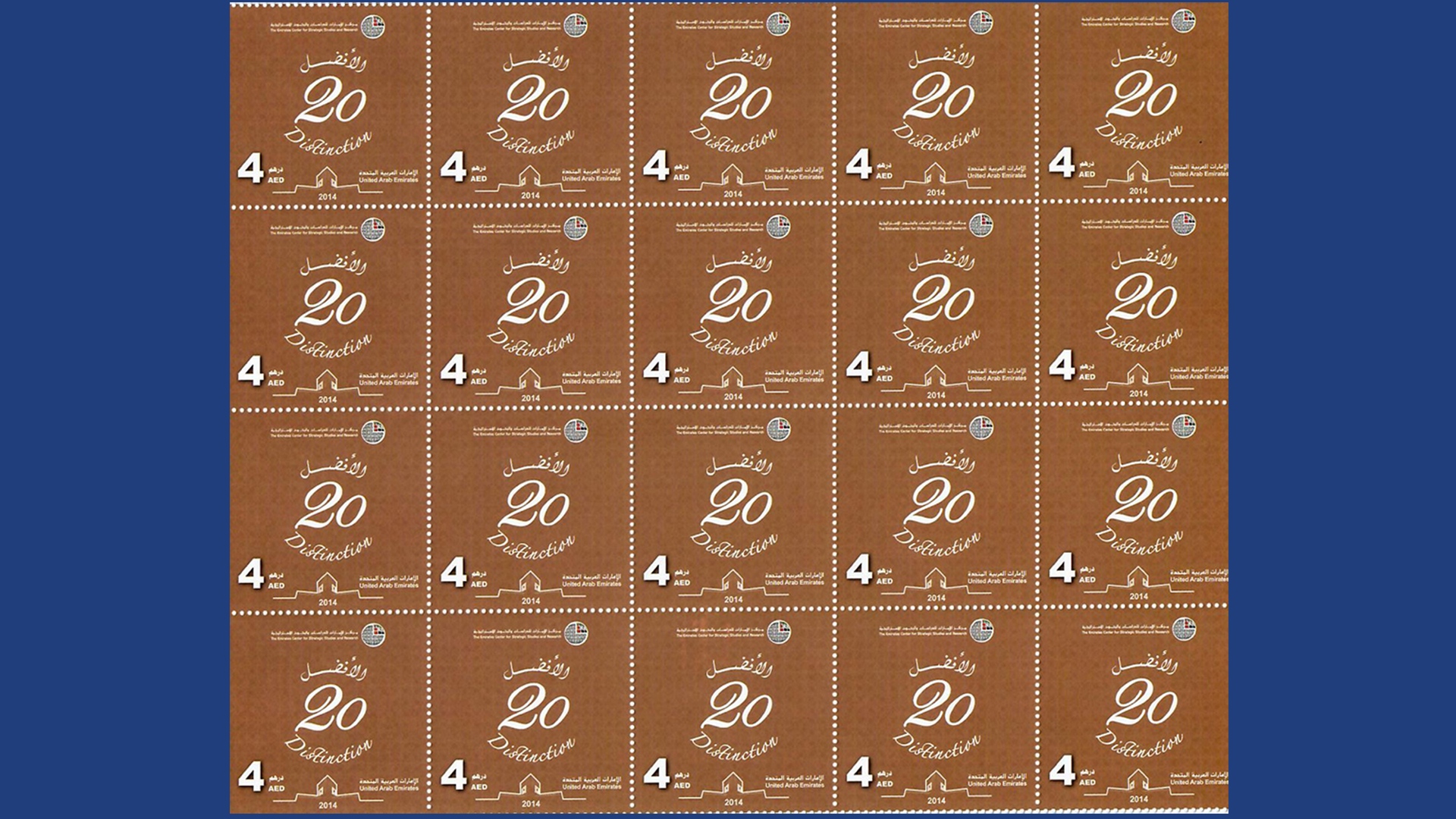 20th Anniversary of Emirates Center for Strategic Studies and Research

The Emirates Center for Strategic Studies and Research (ECSSR) is celebrating, in early 2014, its 20th anniversary. The ECSSR has attained a leading position among prominent think-tanks and research centers regionally and globally. Its status as an outstanding research centre has continued to grow because of numerous major accomplishments that have contributed to creating a knowledge society and to support the overall development plans initiated by the late Sheikh Zayed bin Sultan Al Nahyan (may his soul rest in peace), and completed by His Highness Sheikh Khalifa bin Zayed Al Nahyan, President of the United Arab Emirates (may Allah protect him).
Over the past 20 years, the ECSSR has managed − thanks to the direct patronage and continuous guidance of His Highness General Sheikh Mohammed bin Zayed Al Nahyan, Crown Prince of Abu Dhabi, Deputy Supreme Commander of the UAE Armed Forces, and President of the ECSSR – to achieve its objectives such as spread of academic research through numerous research programs, development of national research cadres to groom professionals capable of implementing sustainable development plans and future initiatives.
The ECSSR has, as a result of the management’s focus on innovation and creativity in its approach, worked devotedly on developing many unique ideas, initiatives, creative proposals and significant scholarly recommendations that together help the decision-maker, when encountering internal and external challenges, to take actions that guarantee support for society, its overall development and boosting its potential of success.
As part of its commitment to support UAE institutions by promoting them locally and internationally, and in recognition of their vital role in national development, Emirates Post has issued a set of commemorative stamps to mark the 20th anniversary of the ECSSR, in addition to a distinctive Souvenir Sheet.

Sold as: 20 stamps per denomination, a total of 80 stamps in 4 sheets