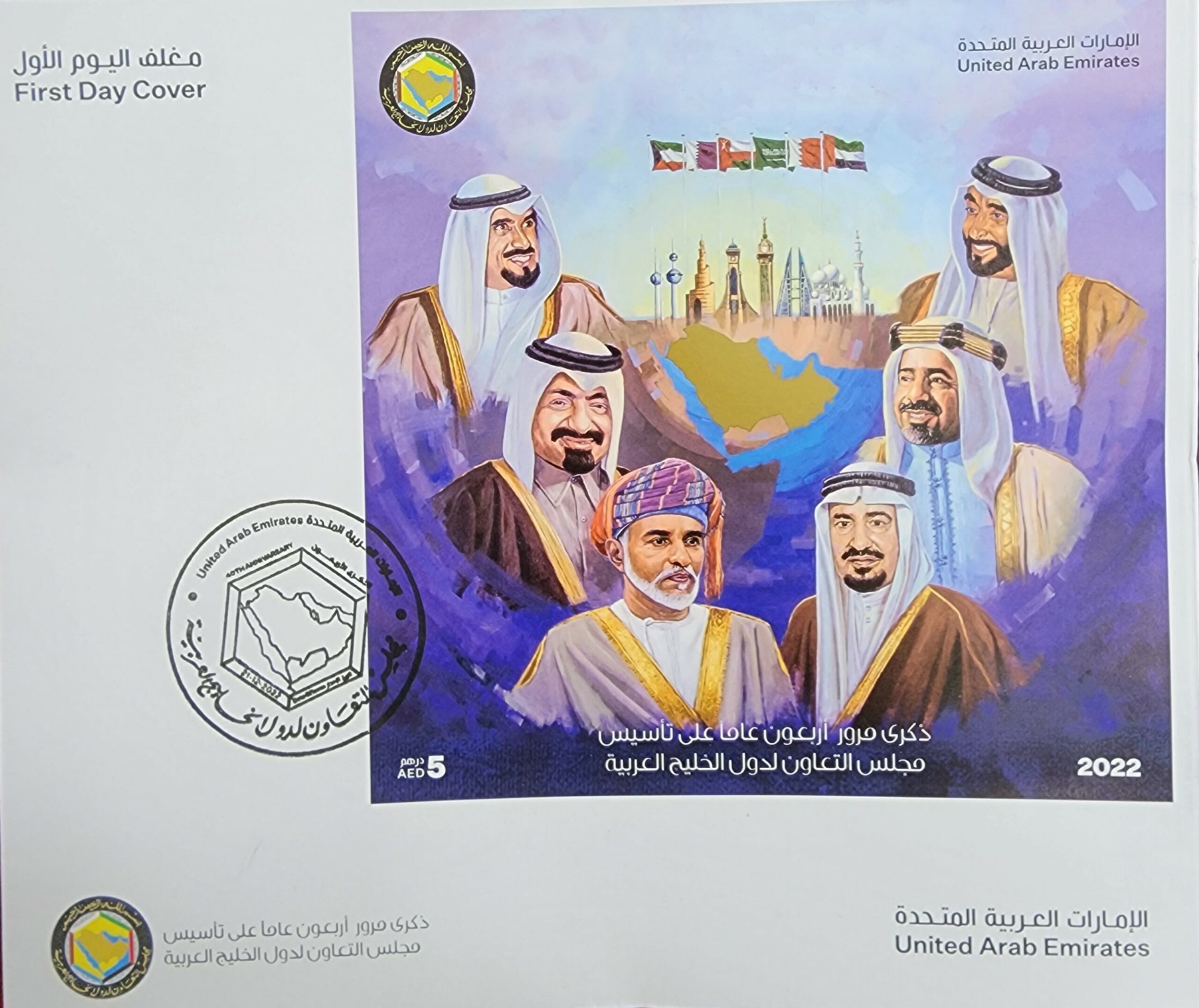 Emirates Post Group, in association with the Gulf Cooperation Council (GCC), has issued a unified commemorative stamp and distinct Souvenir Sheet bearing the GCC logo, the flags of the Gulf countries, and photos of the late founding leaders.

Established in 1981, the 40th anniversary of the Gulf Cooperation Council celebrates and honours the founding leaders and their role in the Council’s success story. They believed from the beginning that the Council would serve as an effective mechanism to further collaboration, strengthen ties, and consolidate existing bonds between the Gulf nations across various fields. The GCC’s founding leaders, God rest their souls, were motivated by the large goal and interest of serving their peoples and their collective wellbeing and economic prosperity.

In the past four decades, the GCC has played an important role and recorded significant achievements in promoting the economic, political, commercial, and social development of its member states. As the most dynamic regional organization, efforts are being made to realize complete unity and integration between the six member states, that guarantees the attainment of the common interests and aspirations of the Gulf.