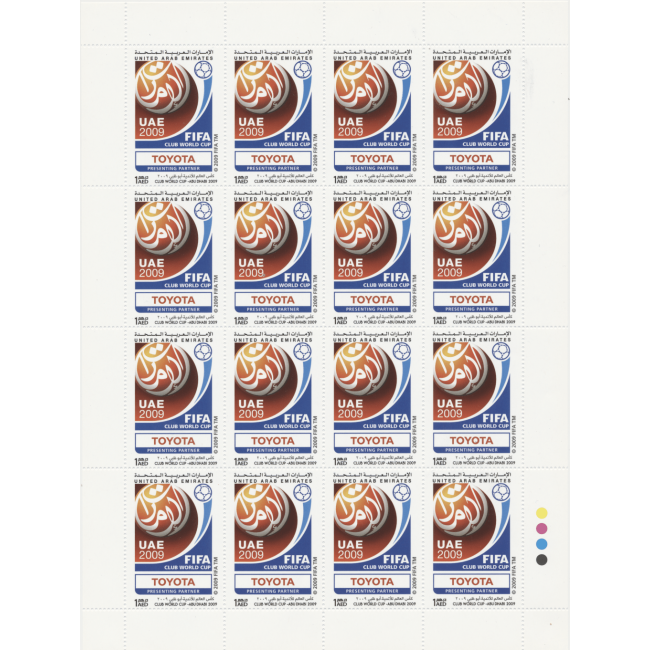 The United Arab Emirates will host  the Club World Cup- Abu Dhabi 2009. It is one of the most important football tournaments in the world. It also gives the UAE youth an opportunity to acquire and expand their experience  in hosting and organizing the world championships. It highlights the status of Abu Dhabi on the world map, sports and tourism. It will also be a special event  to watch a series of matches of the strongest clubs in the world. his event will enhance efforts to develop football game in the region.

Seven of the top world clubs will participate in the tournament representing all continents, and thus the championship  will provide an atmosphere of a passion and competition. The football fans will enjoy the wonderful football games.

To commemorate this event, Emirates Post  has issued a special set of commemorative stamps in one denomination (1 AED) in addition to a souvenir sheet.