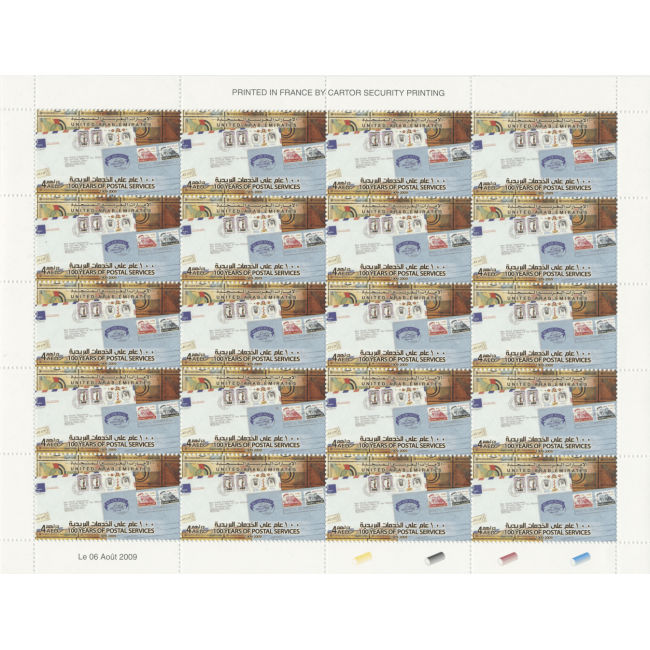 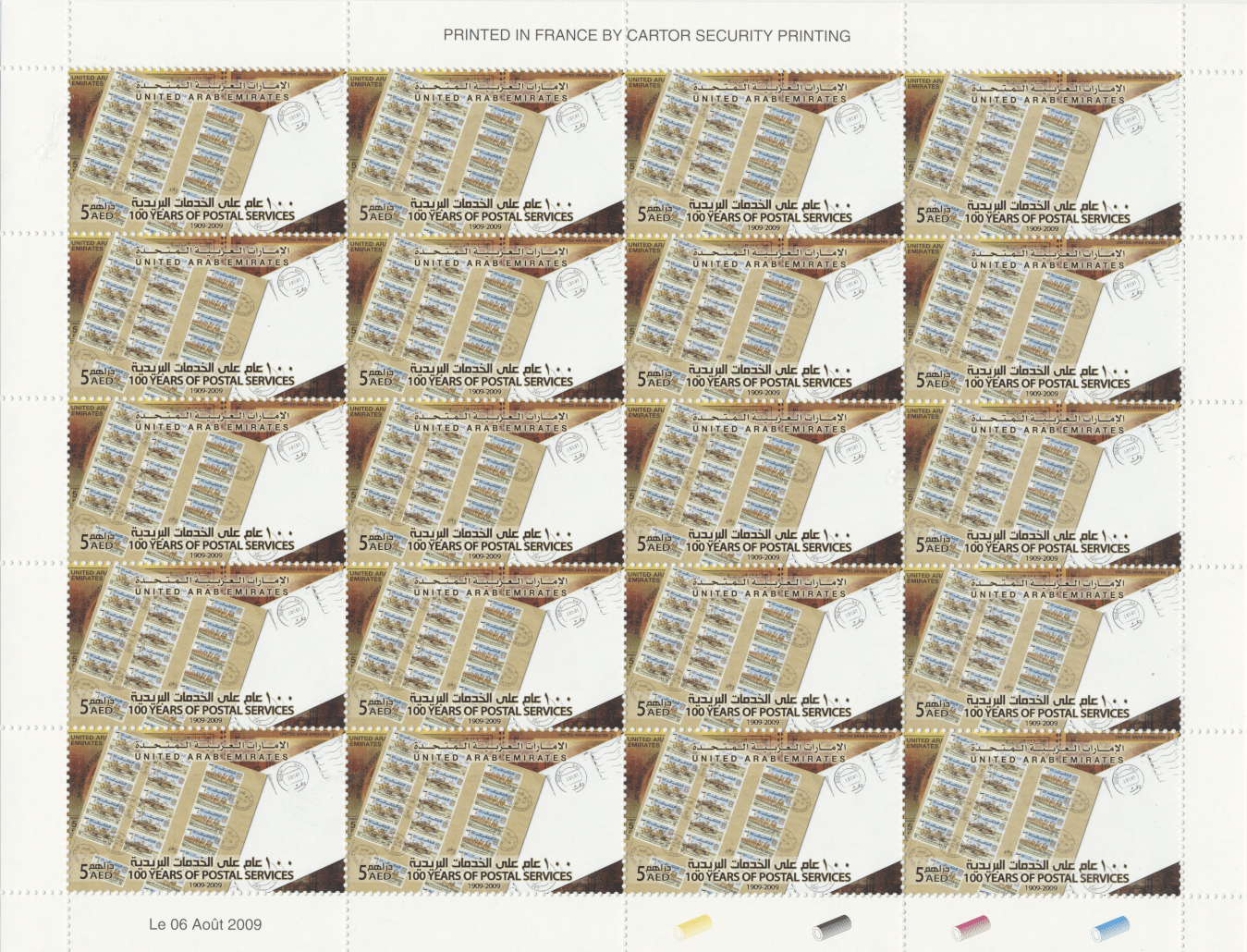 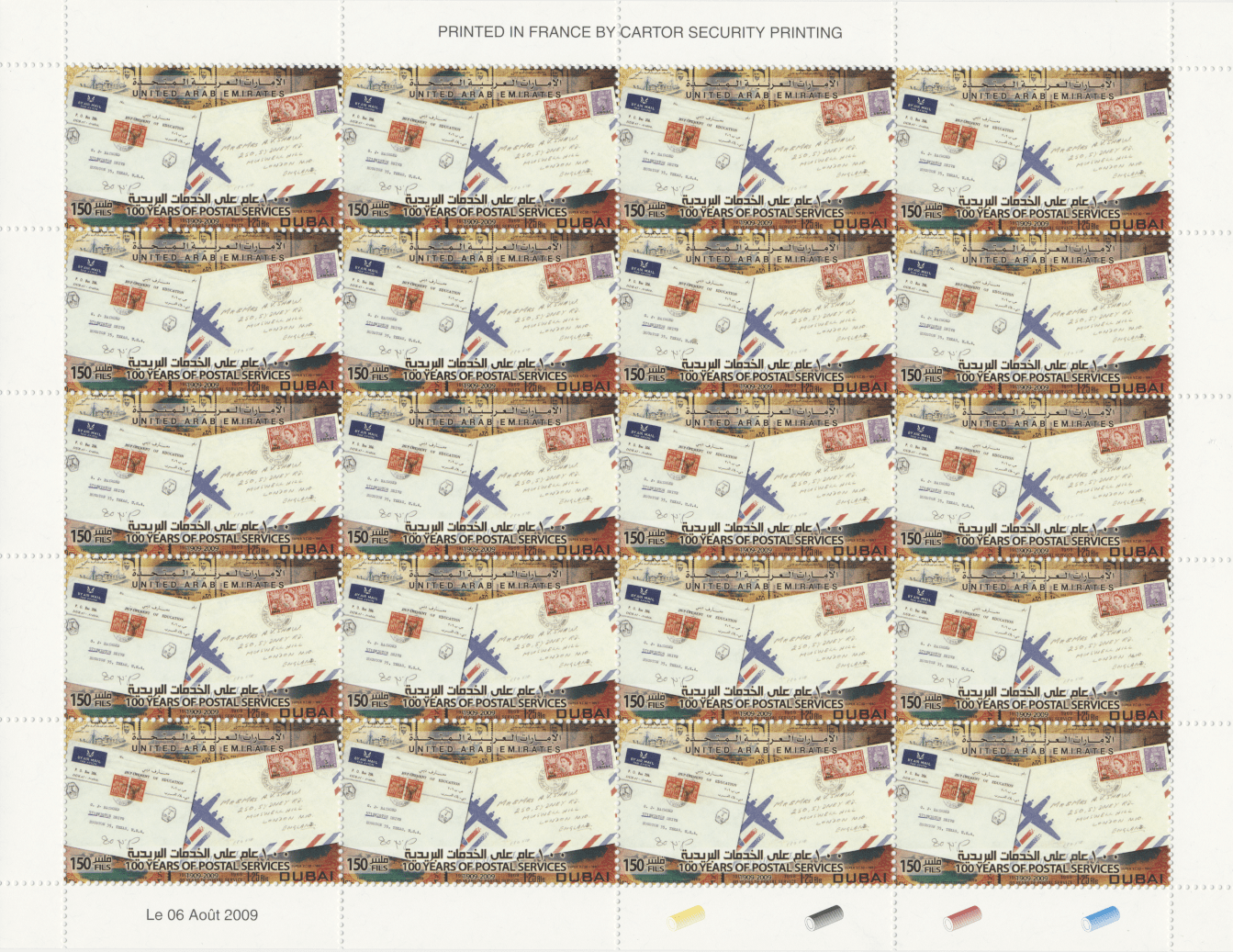 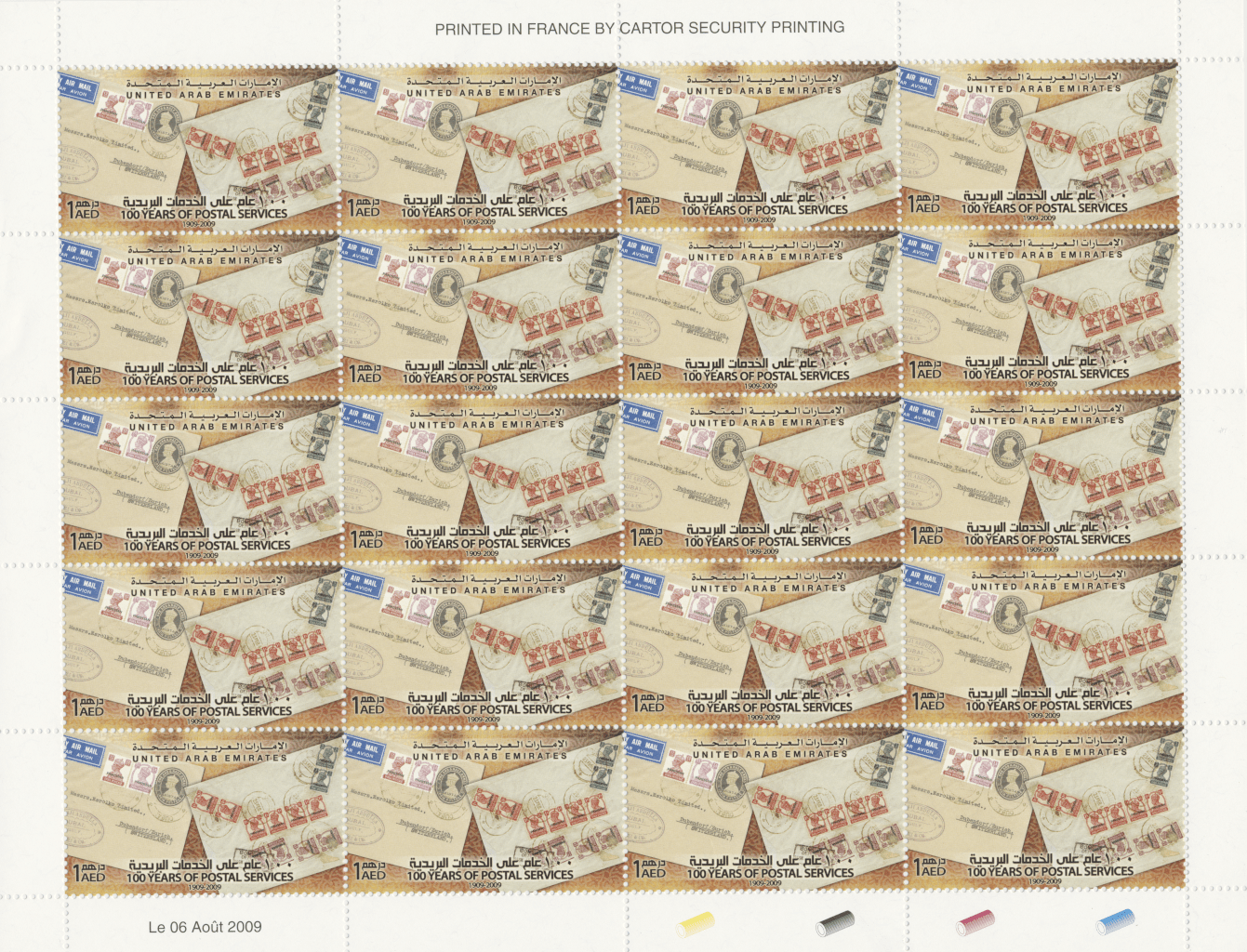 19/08/1909 – The first postal agency was opened in Dubai, managed by the Indian Postal Administration.

01/04/1942  –  The agency was transferred to an integrated post office offering the basic services.

01/04/1948 – The operations of Dubai Post were taken over by the British administration after the independence of India and Pakistan.

07/01/1961 – The first definitive stamps of the Trucial States were issued in Dubai.

01/08/1972 – A General Administration for posts was established under the Ministry of Communications.

01/01/1973 – The first definitive set of stamps bearing the name of the United Arab Emirates was issued.

29/5/2001 – The Federal Law was issued, establishing the Emirates Corporation for Posts (Emirates Post).

To commemorate 100 years of postal services, Emirates Post has issued a set of commemorative stamps and a distinctive Souvenir