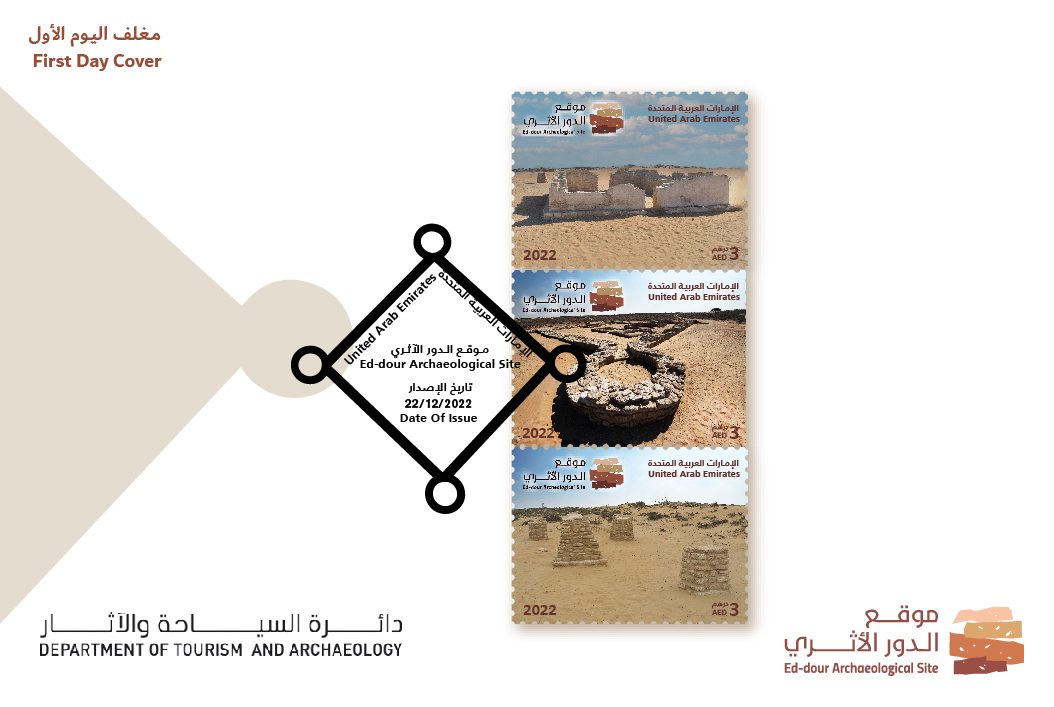 Emirates Post Group in collaboration with the Department of Tourism and Archaeology – Umm Al Quwain has issued a set of distinctive stamps and a souvenir sheet to commemorate Ed-dour Archaeological Site.

Ed-Dour Archaeological Site is one of the largest local settlements on the coast of Umm Al Quwain dating back to the Roman era.

The site covers around 2 square kilometres having flourished from the late first century BC to the third century AD.

Considered to have been a commercial port as a main stopping point for commercial trips between south Mesopotamia, Persia, and India, it was mentioned in Greek and Roman sources as possibly the port of “Omana”.

Ed-Dour Archaeological Site features many distinctive archaeological buildings like the Temple of the Sun God, the Defence Fort, several stone buildings, as well as collective and individual tombs.